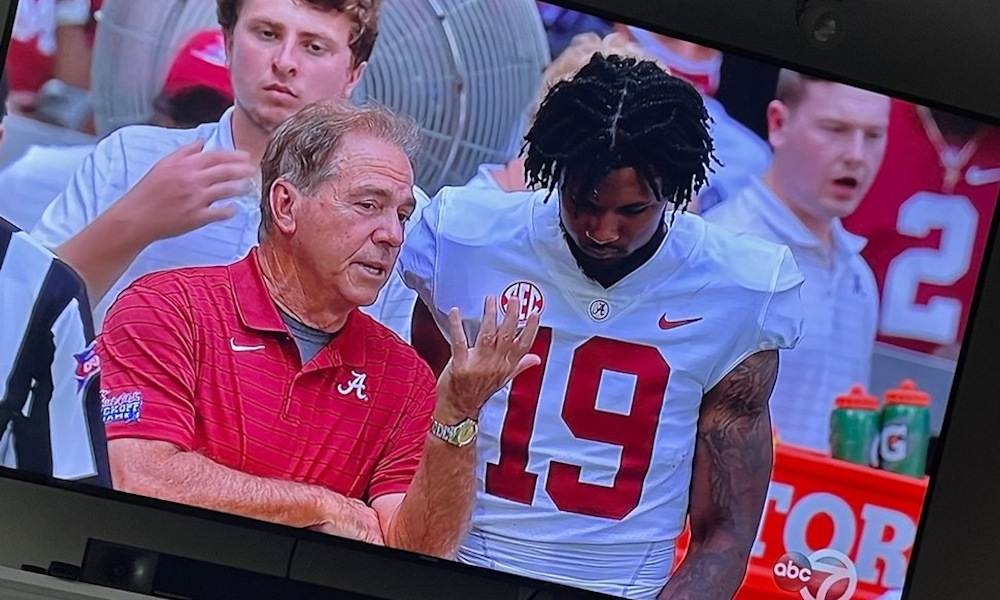 He did not see a lot of action versus Miami, but Jahleel Billingsley understands “The Process” at Alabama.

Cameron Latu recorded a breakout performance with two touchdowns against the Hurricanes, and it had Billingsley on the sideline thinking about what Nick Saban had been conveying to him. He would get into the game and return a kickoff 17 yards; nevertheless, the junior tight end knows he is capable of more. During a conversation with Saban, the Chicago native intently listened to his head coach. Saban gestured to him with his hands, and Billingsley appeared like he took all the information in.

The teachable moment was probably a sign of the former four-star working his way out of the doghouse.

Billingsley had some explosive moments in 2020.

He caught 18 passes for 287 receiving yards with three touchdowns, and Crimson Tide fans want to see that production on the field. Coach Saban delivered some sharp statements toward Billingsley in preseason camp, but he wants him to become more disciplined. On Monday, the seven-time national champion explained to reporters about the conversation he had with Billingsley. Saban said Alabama is about ‘encouraging its players.’ 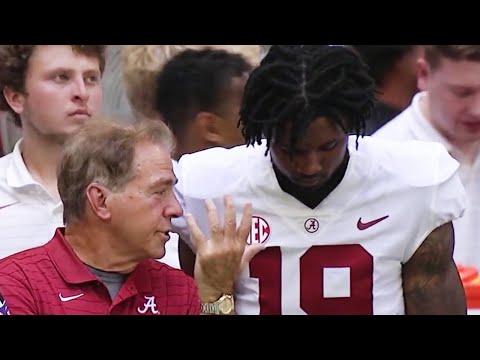 “We encourage players to do the right things, do the things they need to create value for themselves,” Saban said.

“Jahleel and I have talked on several occasions because he is certainly a guy we want to have success for his own benefit as well as for the team. Sometimes when you get a little external encouragement, it can be a positive thing. I think, for the first game, I think he did okay when he went out there and played.”

After watching Latu get the attention, Billingsley is ready to buy into the team. The 6-foot-4, 230-pounder is immensely talented and has pro potential written on him. Hopefully, we will start to see more of him as we progress through the season.