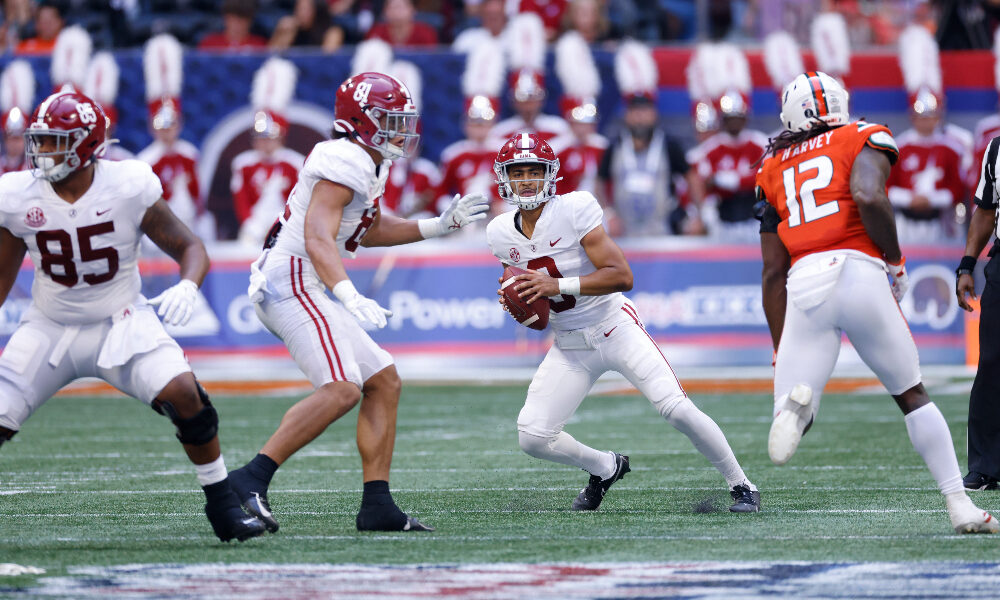 University of Alabama quarterback Bryce Young picked up Davey O’Brien National Quarterback of the Week honors for his performance against No. 14/16 Miami in the 2021 Chick-fil-A Kickoff Game last weekend, it was announced by the Davey O’Brien Foundation Wednesday.

The honor comes one day after being named the Southeastern Conference Offensive Player of the Week and earning a spot on the Davey O’Brien Award’s Great 8 and the Manning Award’s Stars of the Week.