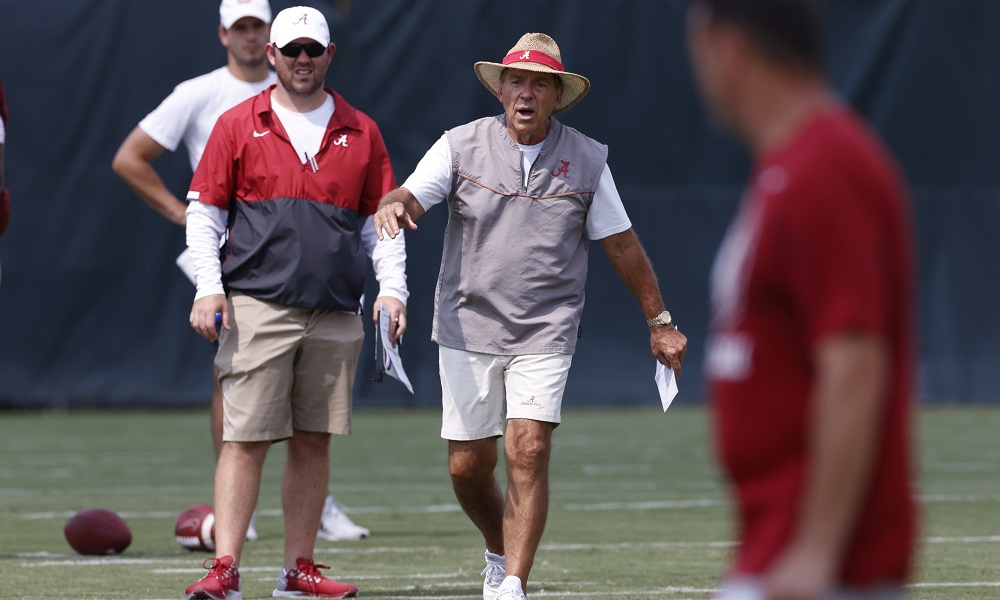 On Thursday, a question got directed to him about the running backs.

The trio of Brian Robinson Jr., Jase McClellan, and Trey Sanders played well against Miami. Sanders, a sophomore, scored his first career rushing touchdown. Roydell Williams got action too. Camar Wheaton, a true freshman, was the player not featured at the position. As a five-star from Garland, Texas, Wheaton came in this year’s recruiting class. He recorded 3,731 career rushing yards and 48 touchdowns at Lakeview Centennial High School. Wheaton posted two straight 1,000-yard seasons as a sophomore and junior. The COVID-19 pandemic shortened his senior year, but he collected 603 yards rushing and five touchdowns.

Coach Saban likes the four backs on the field but gave an update on Wheaton.

“Camar Wheaton got injured in practice and he was a really good young player that people don’t know about yet,” Saban said Thursday.

No one knows the specifics of his injury, but Wheaton’s issue is minor. He will miss a few weeks; however, this is a redshirt year for him. Alabama did not need a running back in the class; nevertheless, Saban saw something special in Wheaton on film.

We good though. Very minor. https://t.co/BRmZMbOYaL

Out a few weeks but will be a redshirt year anyway

He wasted no time bringing him in, and Tide fans will be excited once he gets healthy and creates an impact.