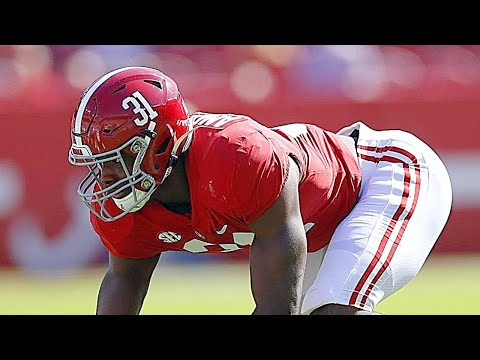 Alabama head coach Nick Saban gave a new update on outside linebacker Will Anderson following the team’s win over Mercer.

Saban said that Anderson will likely be “questionable” for the team’s upcoming performance against Florida next Saturday.

“We’re checking out his knee,” Saban said. “He’s questionable as to what his circumstance will be here for the upcoming week.”

Anderson sustained the injury in the third quarter and was immediately escorted to the team’s medical tent before walking under his own power to the locker. Before leaving the game Anderson had three tackles and one tackle for loss against the Bears.

Alabama has already lost one outside linebacker for the season in Christopher Allen who fractured his foot in the team’s season opener against Miami last week. Sophomore Drew Sanders replaced Allen against the Bears and finished the game with two tackles and two pass breakups.