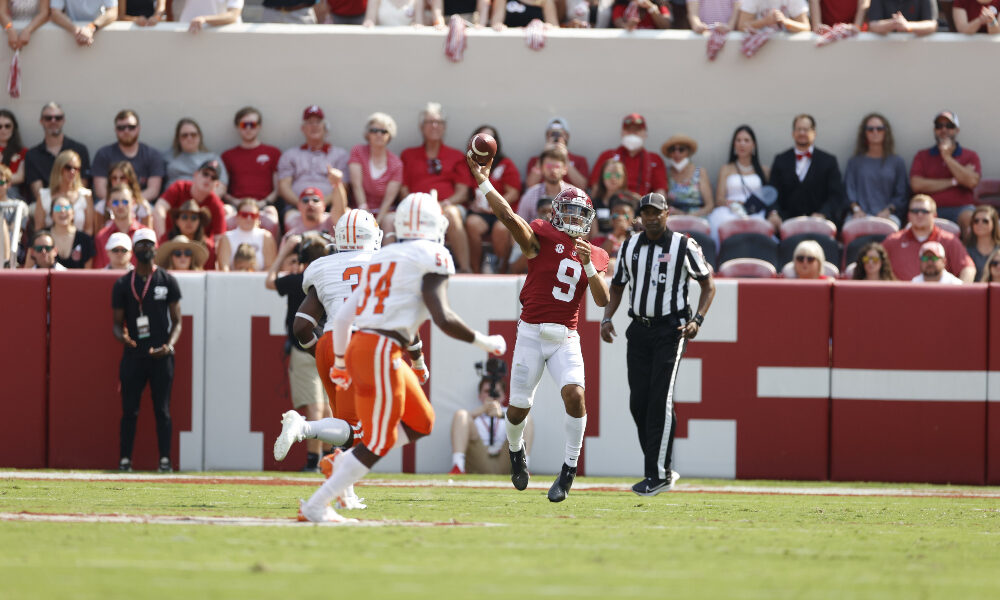 It definitely wasn’t a great start, but Alabama as expected was able to get the win against Mercer on Saturday.

Quarterback Bryce Young didn’t quite have the eye popping numbers from a week ago, but still turned in a solid game completing 19 of 27 passes for 227 yards and three passing touchdowns.

The unit got off to a rather slow start in the first quarter of action, as it validated head coach Nick Saban’s previous frustration he displayed earlier in the week. It wasn’t until a blocked punt by sophomore linebacker Chris Braswell and a touchdown return by Jase McClellan sparked the offense to get some points on the board of its own.

McClellan was a big player in the game as he accounted for three total touchdowns for the Crimson Tide with one coming on the return, another on the ground and a third through the air.

For a majority of the game, Alabama’s defense kept its intensity from a week ago against Miami stalling the Bears’ dynamic running attack.

The Crimson Tide forced two turnovers leading to scores for the offense.

Linebacker Drew Sanders had an excellent first showing replacing Christopher Allen who will likely miss the remainder of the 2021 season with a foot fracture.

Unfortunately, the unit might have suffered another major loss in its linebackers core as Will Anderson left the game with a lower leg injury. Further details are yet to be shared, but Saban will give the media a full injury report in his post game press conference.