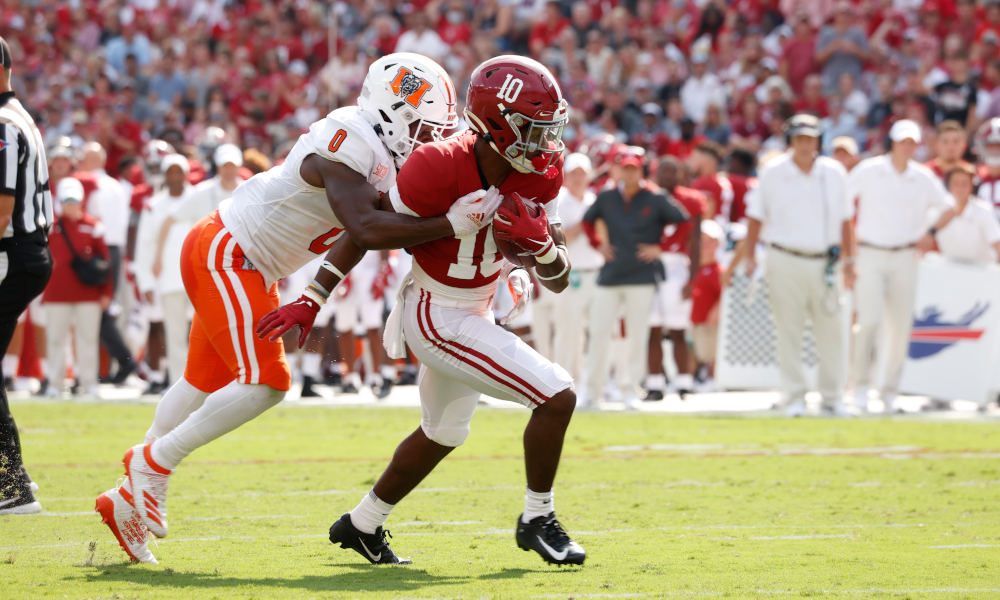 He was frustrated during his presser after Alabama’s home opener versus Mercer, but Nick Saban witnessed some bright moments in the game too.

People were shocked when he flipped from Louisiana State University to the Crimson Tide during the early signing period; however, Alabama fans are thrilled to have him. He got an opportunity to play with the first-team offense and did not disappoint.

His play was reminiscent of Jaylen Waddle’s catch versus Missouri in 2020 and Waddle’s airborne touchdown grab against Auburn in the 2019 Iron Bowl. Despite his size, Earle showed body control – snatching the ball from the defender on the play. Three of his seven catches went for first downs while he averaged 12.1 yards per reception. The native Texan also recorded his first career 100-yard game from scrimmage. Earle returned two punts for 45 yards, including a long return of 29 yards.

“JoJo Earle is just a freshman, but I think this guy is special. He can be special,” Saban said. “He’s also a really good returner, and we’re trying to get him to be a little bit more confident back there.”

He may not be as dangerous as Waddle was now; however, Earle will get there.

As he continues to grow, Earle will become a problem for defenses.