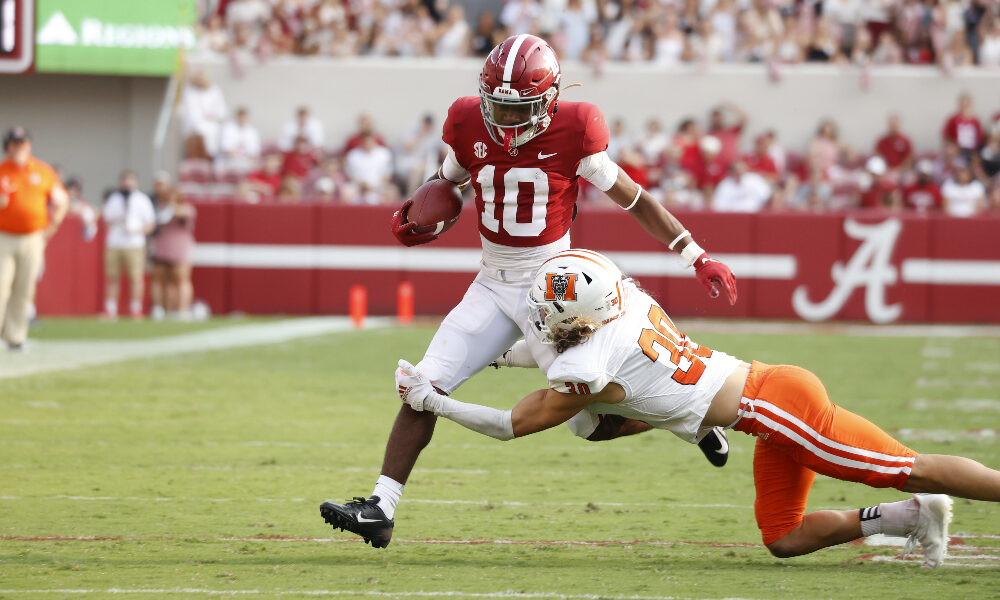 The Alabama coaching staff selected six players of the week following a 48-14 win over Mercer in the Crimson Tide’s home opener at Bryant-Denny Stadium last Saturday. JoJo Earle and Evan Neal on offense; Christian Harris, Kool-Aid McKinstry and Drew Sanders on defense; and Jase McClellan on special teams all earned the honors for their efforts against the Bears.