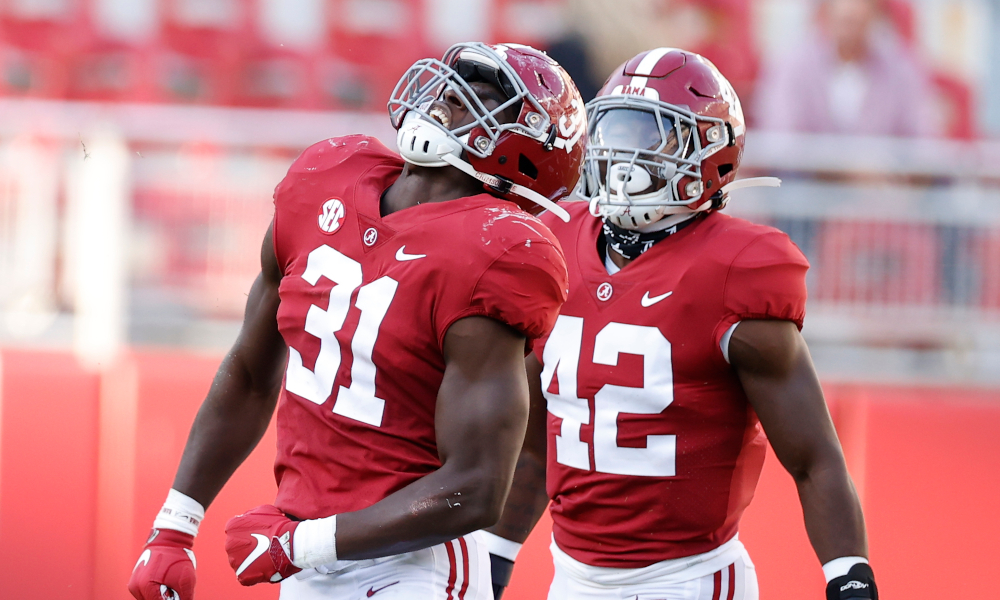 Alabama linebacker Will Anderson left last Saturday’s game against Mercer with a lower leg injury and did not return. Following the game head coach Nick Saban said the team still needed to take a closer look at the injury and that Anderson would be “questionable” for the Crimson Tide’s next game against Florida.

During his Monday press conference, Saban took to the podium to give another update on the star linebacker.

“Will Anderson has been very encouraging,” Saban said. “He’ll probably take a day off today, is kind of day-to-day. But we feel a little more encouraged than maybe after the game. We’ll just see how he progresses through the course of the week.”

When Anderson left the game against the Bears he was replaced by sophomore linebacker Chris Braswell.

The Crimson Tide are already without senior outside linebacker Christopher Allen who suffered a foot fracture in the team’s season opener against Miami. Allen was replaced by sophomore Drew Sanders who started his first game against Mercer and totaled two tackles and two pass break ups.