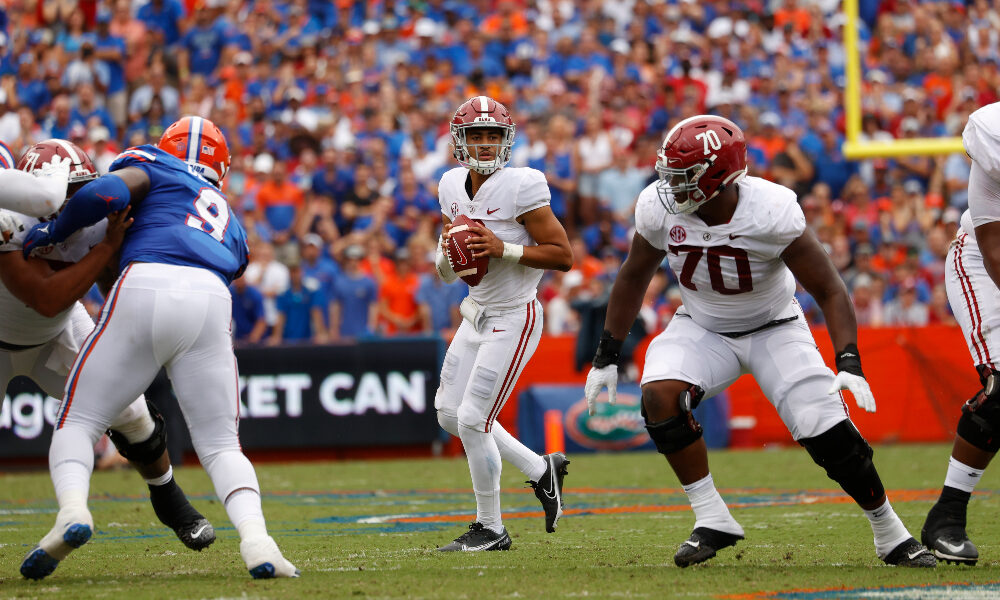 Last week, Alabama’s offense saw criticism from head coach Nick Saban and its own leaders alike after its lackluster performance against Mercer.

Following a strong week of practices, the unit came out of the gates as a much more focused group when it kicked off against Florida.

Led by quarterback Bryce Young, Alabama scored on its first three possessions of the first quarter as the signal caller threw all three scores for the Crimson Tide. His first toss went to running back Jase McClellan for a 7-yard score followed by a 26-yard completion to tight end Jahleel Billingsley and capping off the quarter with another 7-yard checkdown score to running back Brian Robinson.

Alabama also converted on all three of its third down attempts.

Defensively, the Crimson Tide were also dominant in the first quarter holding the Gators to only three points in the first 15 minutes of action along with an interception by defensive back Jayln Armour-Davis.

But once things shifted to the second period, the Alabama offense seemed to stall out all together which got Florida, and its crowd, back into the game.

Penalties and execution were issues for the offense as it held three straight three and outs. Pete Goldings unit still proved up to task as it gave everything Florida quarterback Emory Jones could, but it couldn’t keep them out of the endzone forever.

Gators running back Malik Davis was able to find a crease in the defense and ran for a 26-yard score to make it a 21-9 contest.

On its final drive of the half, Alabama mustered its fourth straight punt giving the Gators one last opportunity before the half.

But Florida could not take advantage of its final drive as it was forced to punt the ball back to the Crimson Tide where it ran out the clock to go to the half.