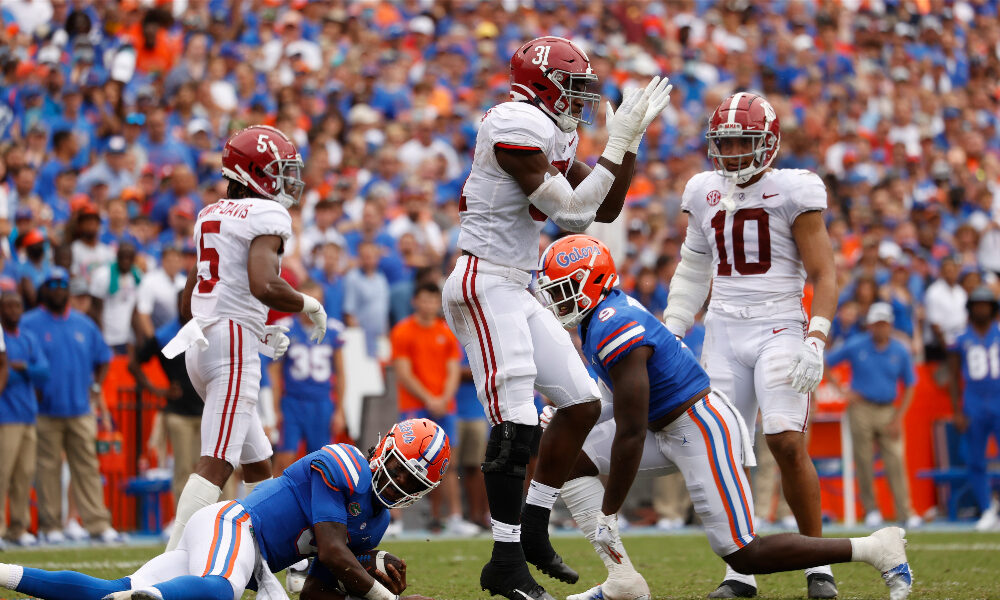 All eyes were on Alabama outside linebacker Will Anderson and the health of his knee leading into the team’s matchup against Florida last Saturday. Anderson had his leg rolled up on during the Crimson Tide’s Week 2 victory over Mercer where he left the game all together.

Throughout the week leading into the game against the Gators, Anderson did more and more on the practice field as he was eased back into the defense.

Anderson ultimately played the entirety of the team’s 31-29 win in Gainesville, FL, and on Monday the sophomore shared an update on his knee.

“It feels great,” Anderson said to the media. “It feels better than it did last week. I’ll just keep doing my rehab and training on it to get better for each week.”

Anderson was named on the coaching staffs players of the week while also being recognized by the South Eastern Conference as one of the co-defensive players of the week. He finished the game tied for third on the team in tackles with seven while also recording two tackles for loss and one quarterback hit.

Head coach Nick Saban said following the game that Anderson was fine health wise and that his main issue in the game was how tired he got from playing in the humidity.

“He didn’t limp off the field, he was fine,” Saban said on Saturday. “He played more plays probably and got tired in the game. That was probably his biggest issue. I talked to him in the locker room after the game and asked him if he had any issues, he said no. He said he did get tired in the game, though. It was humid out there.”