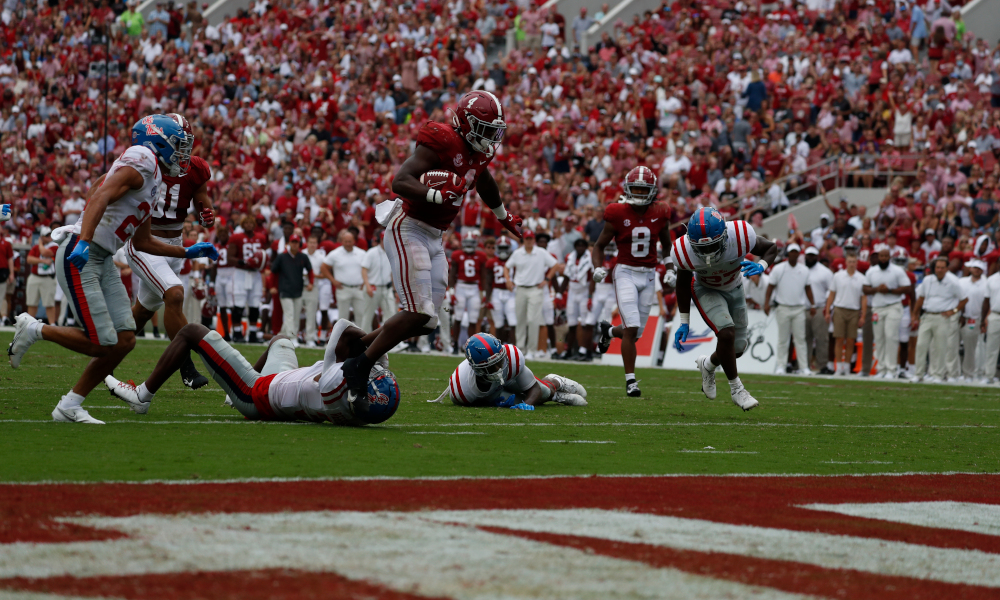 Alabama had two student-athletes make their presence felt against the Mississippi Rebels.

Brian Robinson (running back) and Will Anderson (outside linebacker) were about business. Both players dominated Ole Miss and assisted the Crimson Tide to a 42-21 victory at Bryant-Denny Stadium. The two received SEC Player of the Week honors, and Tuesday has witnessed the accolades continue. Robinson and Anderson earned weekly awards from the Maxwell Football Club.

He had a career day versus Mississippi with 171 yards rushing and four touchdowns on 36 carries. The Tuscaloosa native saw his program return to “old school” football, and he did well.

Robinson posted 12 runs that resulted in first downs or scores, including a long rush of 21 yards. He also turned in five carries of 10+ yards in front of several NFL teams in attendance.

He shut down Ole Miss’ rushing attack and harassed Matt Corral in the pocket. Anderson collected nine tackles, 2.5 tackles for loss, a sack, and two quarterback pressures. A native of Hampton, Ga., he assisted the Crimson Tide in forcing a turnover and three stops on fourth down. The 6-foot-4, 243-pounder helped limit the Rebels offense to converting 7 of 19 attempts combined on third and fourth down.

Anderson propelled a group that held Mississippi under 30 points and 300 yards offensively.