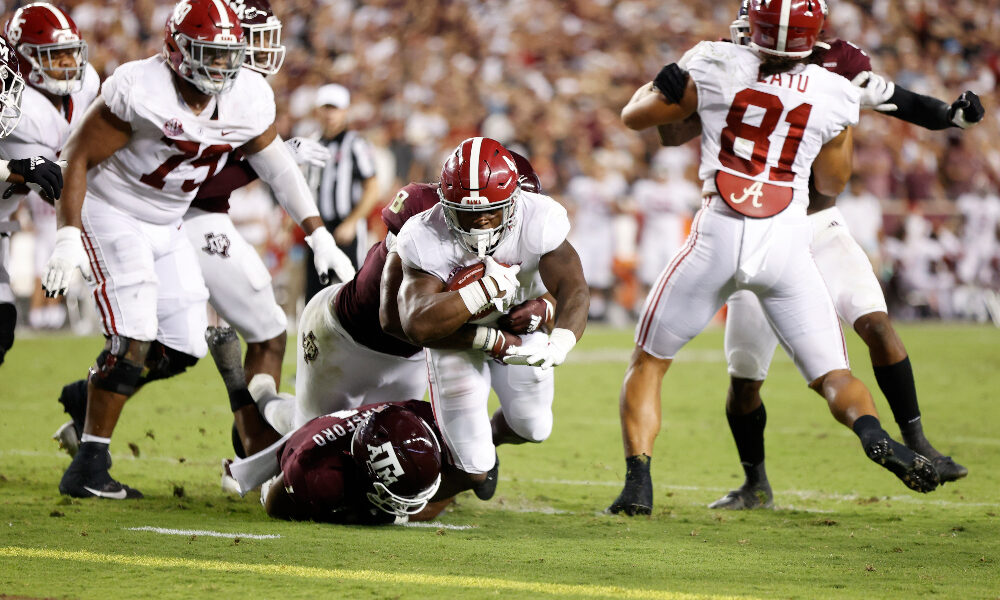 Red zone execution has been a hot topic since Alabama’s 41-38 loss to Texas A&M last Saturday.

Particularly in the second half, the Crimson Tide failed to execute inside the Aggies’ 10-yard line with one series ending with three straight passing plays with the ball on the four-yard line.

Nick Saban addressed the issues in the short-yardage game, and the pass-happy approach offensive coordinator Bill O’Brien took in these situations.

“I don’t know that there’s a good answer to that,” Saban said to reporters on Monday. “I don’t know if we challenged them running it as much as maybe we could. And you know, that’s one of the things that I think we need to work on trying to improve.”

To rub salt in the wound, running back Brian Robinson was having another great day on the ground despite the lack of attempts at the goal line. Robinson rushed for 147 yards making it his second game in a row with over 100 yards on the ground.

Questions arose after the game as to whether Saban was comfortable in running the ball in these situations, but on Monday he made it clear the team trusts Robinson as well as the other running backs on the team to execute and do their jobs throughout the game.

“I think that B-Rob’s played really really well,” Saban said. “The last two weeks, really well. He’s been an outstanding performer for us. And we have confidence in the other guys, and we want to play the other guys. So we’re going to continue to try and use B-Rob and help him be as effective as possible, and he’s been extremely effective in the last two games, but also utilize the talents of the other players, maybe more and more as we go on.”

Robinson added himself that he and the offensive line would be able to pick up the necessary yards to gain in the short red zone situations Alabama will face moving forward.

“I’m very confident in managing short-yardage situations that we need to get the yards needed to convert,” Robinson said on Monday. ” I feel like the offensive line is confident in their ability to get some push-up front and I’m confident that I can pick up the hard yards. And if it’s one, two yards, however many yards it is, I feel like we’re confident enough to pick them up.”