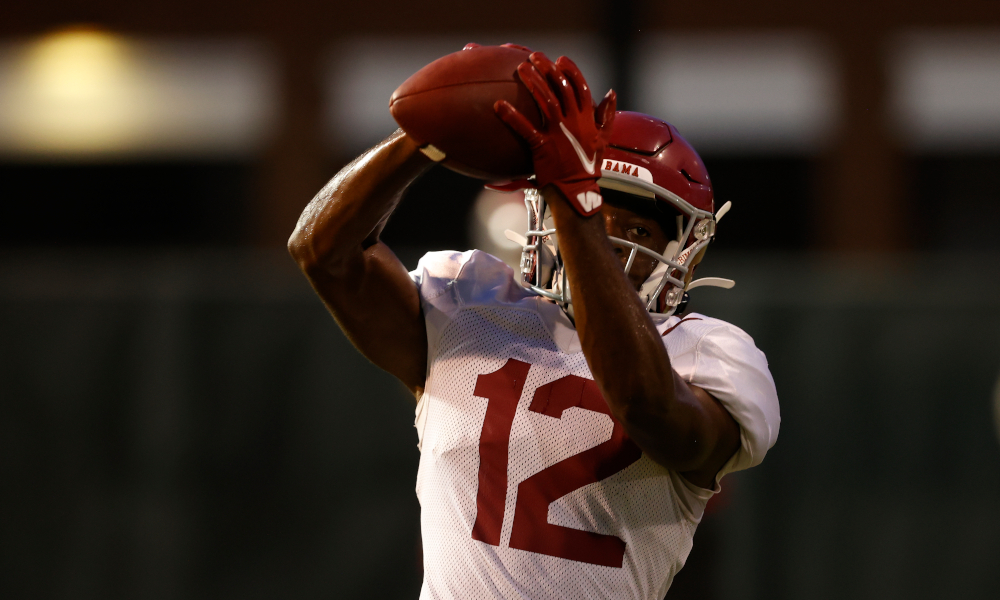 The University of Alabama is trying to improve each part of its football team this week.

Nick Saban has focused on defensive intensity, energy, effort, and better preparation. After knee injuries to Jase McClellan and Camar Wheaton, the term “emergency player” was used for the running back position. Saban and a few student-athletes said Alabama had some players to perform the role; however, they did not provide names. Tide fans offered suggestions on social media on who they wanted to see at the position. During Tuesday’s media availability, Slade Bolden answered the question.

Christian Leary, a true freshman, was with the running back in pregame warmups for Texas A&M.

The 5-foot-10, 175-pounder was one of three wide receivers recruited from Florida in the Crimson Tide’s 2021 class.

He played with a different brand of speed at Edgewater High School in Orlando, Fla. As a former four-star, Leary played quarterback, running back, receiver, and return specialist. He accounted for 1,586 all-purpose yards and 16 touchdowns during his junior season in 2019. Leary’s speed, quickness, and toughness made him a handful for defenses in Florida to tackle.

Bolden, an all-purpose player at high school in Louisiana, said Leary has the quickness and ball skills at the position.

“I never saw him much in high school, but what I’ve experienced from playing with him at wide receiver, I think he brings a quick, scatback player to the running back position,” Bolden said. “Coach Gillespie has done a good job so far with Christian.”

Gillespie was a running back at the University of Florida, so working with a Florida native in Leary will be fun.

He was also a superstar in the 100-meter dash too. Leary won district titles as a junior, posting a time of 10.8 seconds.

He improved that number as a senior, running the 100 meters at 10.5 seconds. Leary’s speed is similar to former Alabama standout Henry Ruggs III. Ruggs was a basketball phenom at Lee High School in Montgomery (Ala.); however, his friend convinced him that football was his sport. He dominated the 100-meter dash in track and was a special player for the Tide.

It will be interesting to see how Leary performs in his new role.