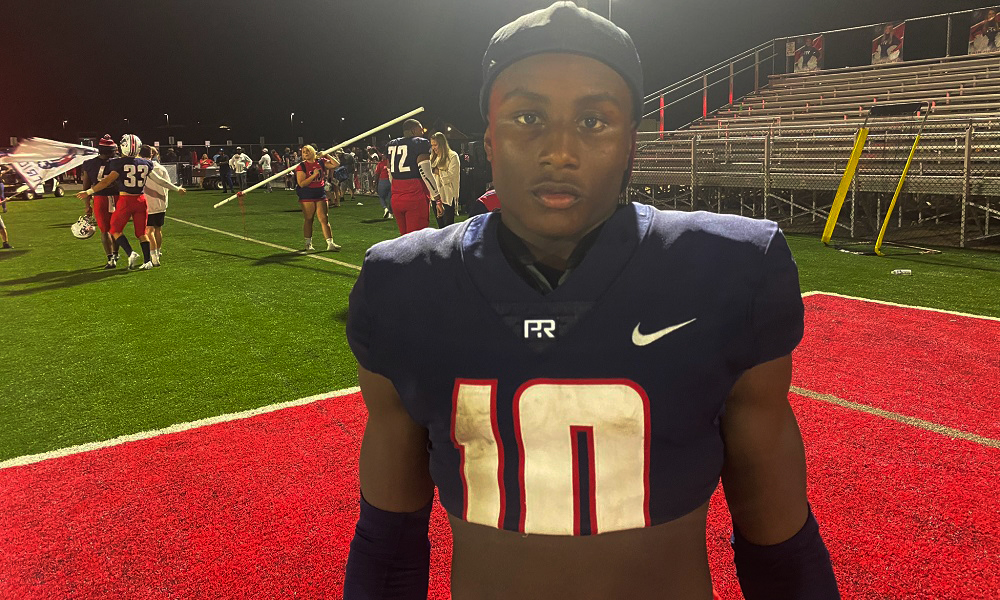 Pike Road’s freshman running back, Anthony Rodgers is on pace to be one of the top running back prospects in the 2025 recruiting class, and his offer list proves it.

Auburn offered Rodgers last month. The Pike Road product picked up offers from Georgia, Penn State and Alabama State in August. Western Kentucky was the first program to offer the rising prospect when they offered him in May.

Rodgers said he tries to keep his early recruitment success at the back of his mind and focus on the football season.

“It feels good,” Rodgers said. “I try my best not to think about it.”

Rodgers’ focus is paying off in a big way for Pike Road this season. In his last outing, he accounted for 200 total yards and four touchdowns in Pike Road’s win over Headland High School.

Pike Road’s freshman RB, Anthony Rodgers @AnthonyRogers_K will be among the top running backs in the 2025 class.

The Patriots have allowed Rodgers to be a weapon in both the pass and run game this season. He has compiled  1,090 all-purpose yards, six rushing touchdowns and six receiving scores through seven games. His elusiveness and impressive speed have been on full display, but he wants to become a stronger runner in the future.

Rodgers recently took visits to Florida State and Auburn. He visited and camped at the University of Alabama during the summer. Alabama’s running back coach Robert Gillespie had an opportunity to work with the talented back during the camp.

Alabama is home to the top running back in the 2022 recruiting class. Rodgers puts the state in a good position to claim the nation’s top back again.