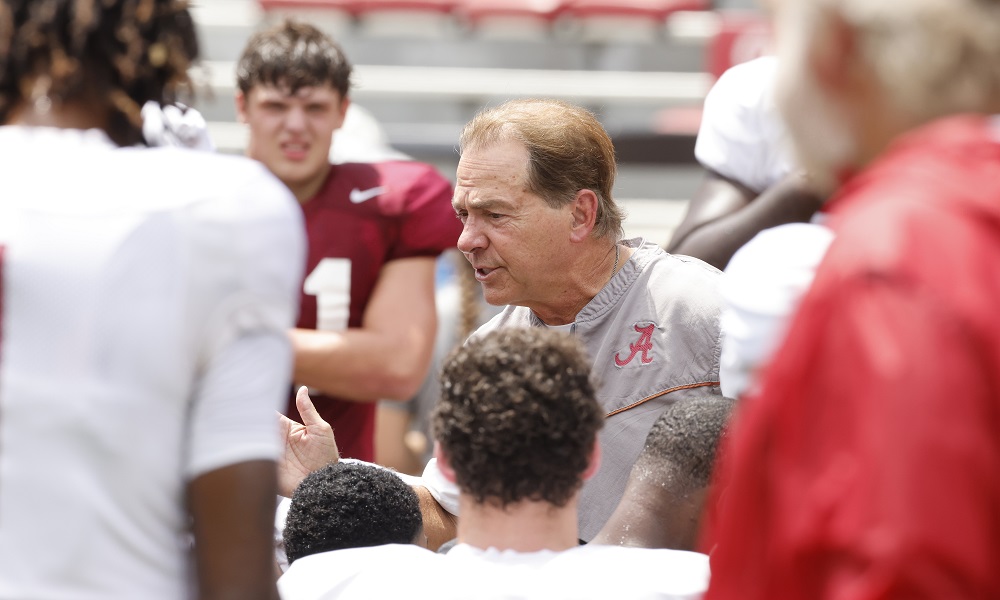 He mastered the art of motivating players during his first 14 seasons at the University of Alabama, but Nick Saban pulled out his best card on Thursday at his radio show.

Alabama has lost games in the past; however, the national audience still considered it elite.

RELATED: Leadership is starting to form on Alabama’s team, per Nick Saban

The Crimson Tide lost in 2015 to Mississippi, and an article came out on its dynasty being dead. Dan Wolken of USA Today, the author of the piece, has been heckled on social media ever since. Alabama had players to pick the team off the mat when it lost in 2011, 2012, 2015, and 2017, propelling the program to national championships in all four years.

Despite stating how he had a player challenge the team in meetings, Coach Saban used his weekly radio show to motivate players before Mississippi State.

After earning a close win over Florida, Chris Doering said the Tide was ‘not an elite team.’

Saban shares the same sentiment in trying to get Alabama to regain its dominance.

“I feel like, in a lot of ways, (after) this past game, we’re no longer viewed as an elite team,” he said. “So what I’m hopeful of is that our players are gonna respond in a way that they go out and play with more consistency. I hope everybody supports them positively.”

We are about to see Saturday what kind of Alabama team takes the field.

The Tide still has its postseason goals in front, but it comes down to how it responds after last week.