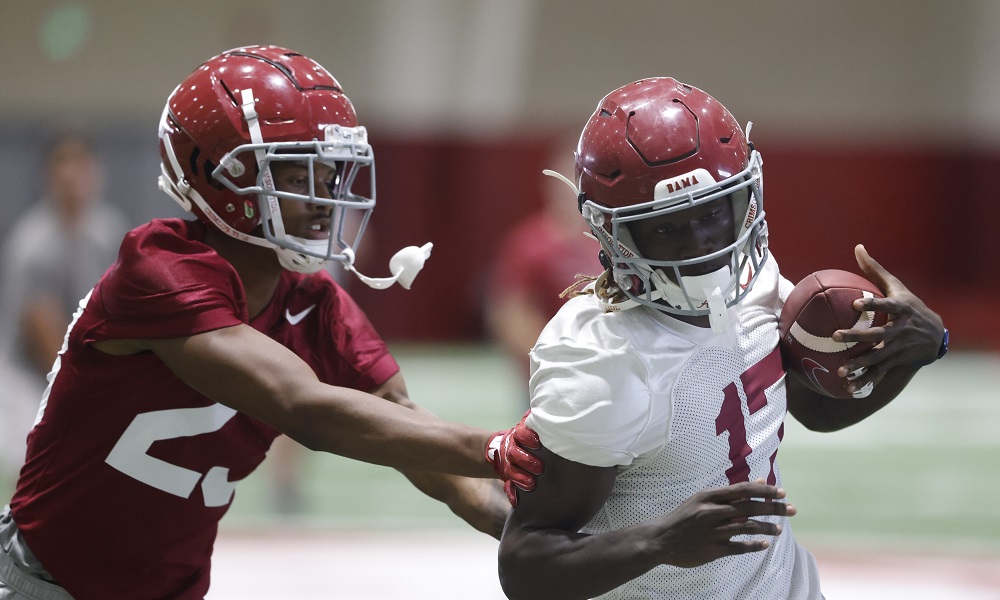 Hall did not appear in the Crimson Tide’s game against the Bulldogs while seeing time in a total of four games and recording just one reception for 10-yards against Miami in the season opener.

During the media availability following the game, wide receiver John Metchie offered some advice to Hall when asked about the situation.

“It’s just the process, the process of being here,” Metchie said. “I remember what It was like as a freshman. I guess my words of encouragement would just be, it’s a process and you got to keep going.”

After bursting onto the scene with an impressive A-Day performance back in the spring, Hall has yet to break the rotation for significant time as young Alabama receivers JoJo Earle, Traseshon Holden and Javon Baker take the field more and more.

Despite Hall’s frustrations, head coach Nick Saban said last month that the team hopes the freshman is able to become a contributor to the team.

“We’d like to see Agiye become a part of the offense,” Saban said. “He’s got a lot of talent and a lot of ability. I think consistency in performance, making good choices and decisions on a day-to-day basis to do the right things, whether it’s on the field, off the field in academics, whatever it is, aight, because those things really prove dependability.

Alabama will host Tennessee next Saturday at 6 p.m. CT.