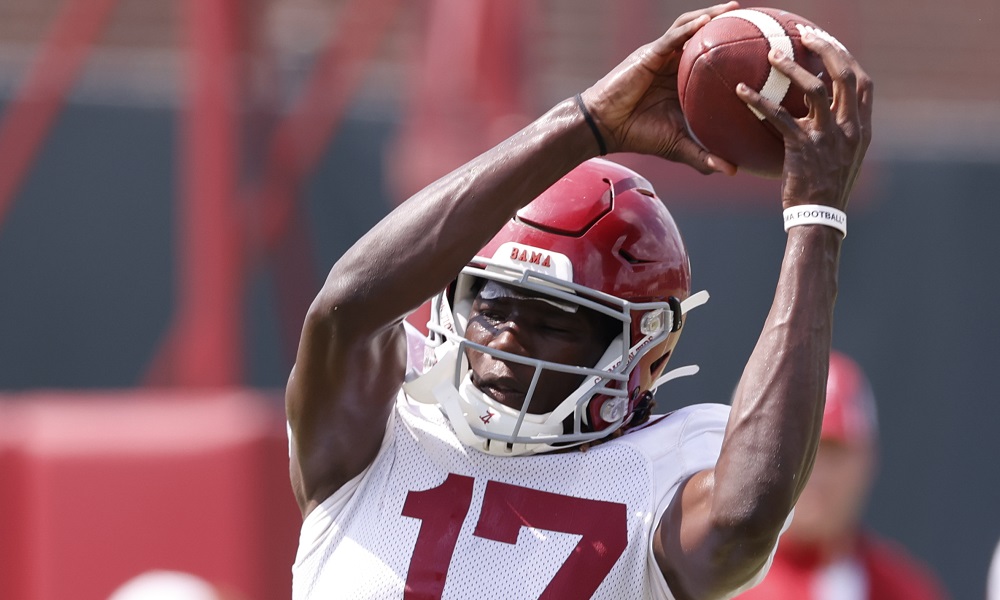 One of Alabama’s young wide receivers appears to be calm after making a cryptic post on Twitter.

Agiye Hall, a native Floridian, was frustrated after the Crimson Tide’s victory over Mississippi State.

He expressed his feelings via social media, but would later delete the tweet. The 6-foot-3, 195-pounder has not gotten playing time, and he’s going through a process where he needs to buy into the Alabama system. Coach Nick Saban spoke about the situation on Monday; however, it seems like Hall has a better understanding of the Crimson Tide’s standard.

According to his Instagram, Hall posted “a wise man once said create value for yourself.”

Hall is quoting his head coach.

Saban talks about how players need to create value for themselves and the team. Saban might have had a meeting with Hall on Sunday and fixed everything. Hopefully, Hall can grow into the player he wants to become at Alabama.