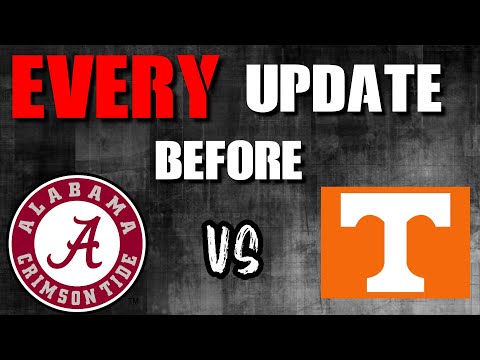 Alabama and Tennessee will face each other tonight in the “Third Saturday in October” rivalry.

ESPN has the call at 6 p.m. as Nick Saban goes after his 15th win over the Volunteers.

The Crimson Tide has owned the series since Saban became its head coach in 2007.

Josh Heupel has improved Tennessee in his first season, but Bryant-Denny Stadium will serve as a hostile environment. Alabama looks to build off its strong defensive performance against Mississippi State.

On Friday, the Touchdown Alabama Magazine staff previewed the game.

Both have the Tide winning by at least 21 points. Be sure to subscribe to TDA on YouTube for all Alabama coverage.