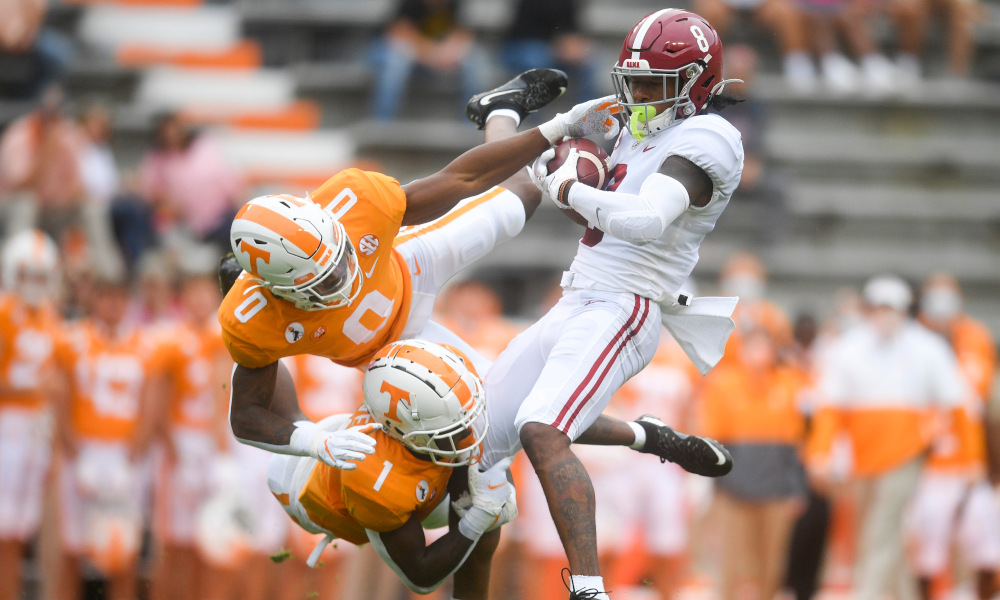 Alabama football will return to Bryant-Denny Stadium to play host to the Tennessee Volunteers on Saturday evening.

Kickoff is set for 6 p.m. CST. The game will be broadcast live on ESPN.

Key Insight: “Alabama builds off its performance versus Mississippi State with a strong game against Tennessee. The Crimson Tide will take some shots against the Vols secondary but expect balance in the run game too. Defensively, look for Henry To’oto’o and Christian Harris to step and help Will Anderson limit Josh Heupel’s offense.”

Key Insight: “This game has an opportunity to be closer than many think due to Tennessee’s improved offense under Hendon Hooker. Hooker rarely makes mistakes as he has only thrown one interception to go along with 14 touchdowns. He is also a dual-threat quarterback. The Vols’ offense will test the Crimson Tide’s defense, which gives Pete Golding and company an opportunity to show they are improving. Alabama’s offense has seemed to found its identity with a balanced attack. I expect the same from Bill O’Brien. Alabama’s offense should be able to outpace the Vols to pick u the win.”

Key Insight: “Not many expected the Third Saturday in October to be even remotely competitive entering the season, but Alabama is going to need to work in order to get past Tennessee today. First year head coach Josh Heupel has the Volunteers playing hard on both sides of the football, and the offense led by quarterback Hendon Hooker has the makings to create many challenges for the Crimson Tide. But with an Alabama defense led by Will Anderson coming off an impressive performance from a week ago, along with an offense beginning to find its groove, Alabama will extend its winning streak to 15.”