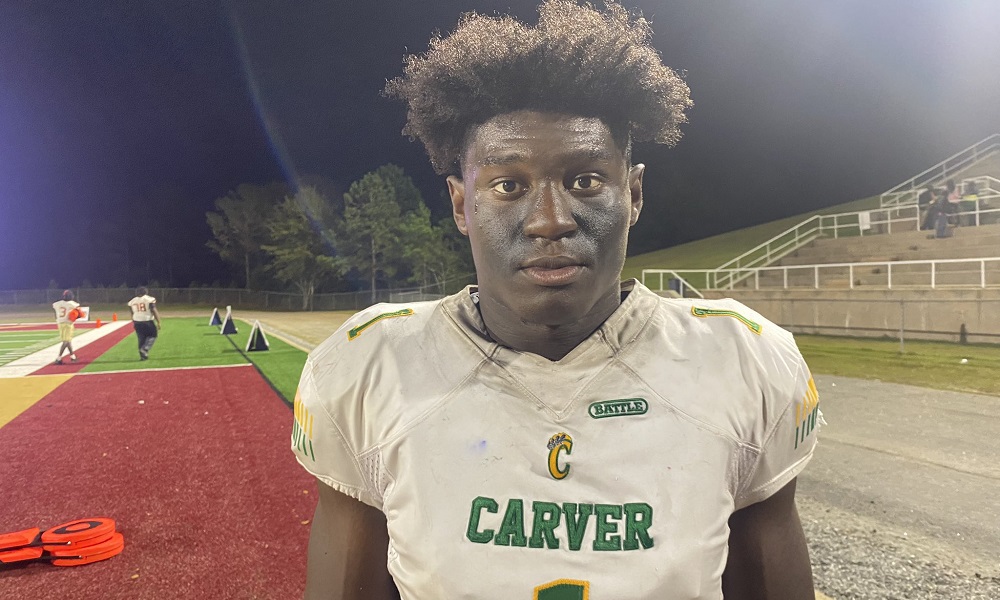 Qua Russaw visited Alabama for the first time since the Crimson Tide offered him earlier this month yesterday and got to enjoy a ruckus crowd in Bryant-Denny Stadium when Alabama defeated Tennessee 52-24.

Had a great time in T-town yesterday 🐘⚪️🔴#RollTid @AlabamaFTBL pic.twitter.com/1WzXpChB3D

“It was great,” Russaw told Touchdown Alabama. “It was an amazing atmosphere. The light show is what I think had the crowd rocking.”

Russaw has added offers from Florida, Alabama, Colorado and Georgia in recent weeks. He is projected to be one of the top edge defenders in the 2023 recruiting class. Russaw said his recent recruiting success has him hungry to do more.

“It just makes me want to work harder,” said Russaw. “I don’t have everybody.”

Alabama football is hosting 4-Star OLB, #1 Jaquavious Russaw @JaquaviousRuss1 today.@TDAlabamaMag saw the Carver product in action last night, and he flies around the field at 6-2, 225 pounds.

More on him and his offer coming soon. pic.twitter.com/xPwPm9skj5

“They are a disciplined team,” Russaw said. “They are always working hard.”

The Carver product impressed in several ways Friday, continuing his impressive junior season. The Wolverines allowed Russaw to rush from the edge, play inside linebacker and even put him at wide receiver in certain sets. He flies around the field and takes great angles when pursuing the football. He possesses an impressive frame and will not have to do much to get his body college-ready at the next level.

Russaw’s offer list is expected to grow, and he could be one of the most sought-after players when the 2023 recruiting class becomes a top priority for college coaches. Alabama has put itself in a good position to be in the mix for the rising prospect.