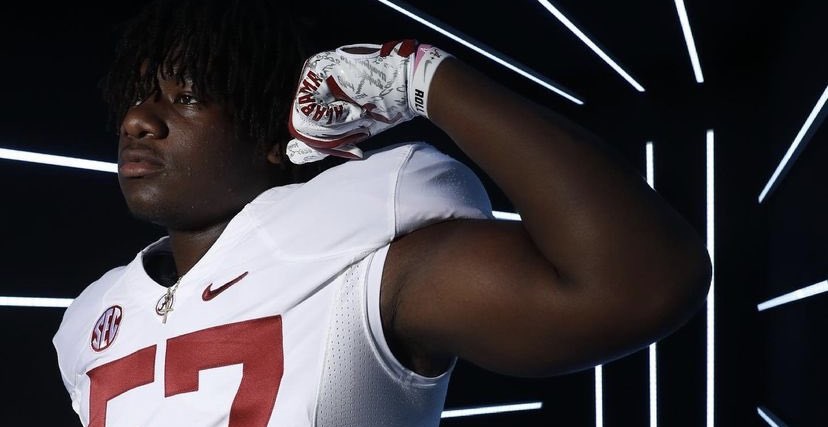 Pritchett burst onto the recruiting scene in the spring of 2020, pulling in 14 D1 offers in four months. Pritchett’s offer list eventually grew to feature some of college football’s blue bloods, and the final battle for his verbal pledge included Alabama, Florida State, USC and Georgia. The Crimson Tide won out and got a commitment from Pritchett in September.

With his recruitment behind him, Pritchett has focused on making improvements on and off the field this season.

“He has grown to become a leader on a leader on our team,” Joyner told Touchdown Alabama. “He is one of the hardest workers we have ever had, and he has put himself in the position to sign with Alabama and have all those other schools recruiting him as they did because he never misses a day of weight lifting and never misses a day of study hall. His mom plays a huge role in his life, making sure he always has what he needs.”

Joyner and the Carver Tigers have posted a 7-1 record through eight games and are considered one of the top teams in the state of Georgia. Behind Pritchett and its relatively young offensive line, the Tigers have established a potent rushing attack. Joyner said Pritchett plays a huge role in both their run and pass game.

“He is a one-man wrecking crew,” Joyner said. “We can actually run behind him and put him on the other teams’ best defensive lineman to protect the quarterback when we are passing the football. I think he has turned it up a notch. He was not as aggressive last year as he has been this year. The intensity that he is bringing to practice and to game is something I can rave about along with his attention to detail.”

Pritchett’s attention to detail and his growing football I.Q are just some of the other attributes the four-star recruit has put on display this season.

“I can now talk about football with Elijah,” Joyner said. “He understands all the fronts and the different things that go on in the game. He has become smarter as a football player.”

Touchdown Alabama was able to watch Pritchett action on Friday night, and he looked really impressive. At 6-foot-7 and 295 pounds, Pritchett was able to display some aggressiveness and an ability to get to the second level in Carver’s win over Columbus.

Pritchett will continue to open up holes for Carver’s ball carriers in hopes that he can cap off his high school career with a state title.