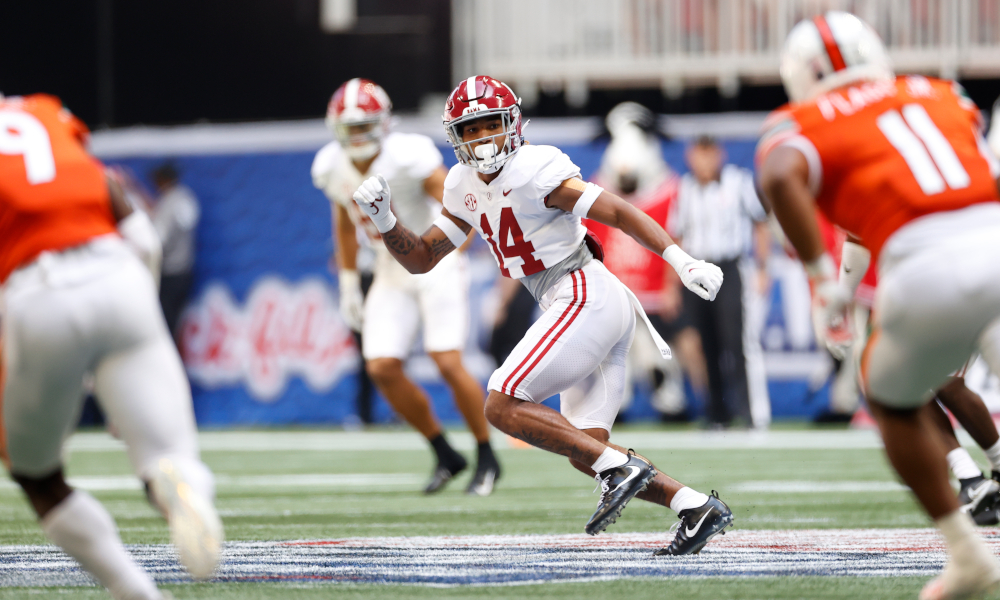 The free safety position is an area Nick Saban must address at Alabama over the bye week.

Since 2008, the Crimson Tide has boasted elite players at the position.

When one of the two is at free safety, it is the matchup quarterbacks’ attack.

Hellams and Wright are talented; nevertheless, they lack communication and consistency.

Both tend to make good plays, but then give up several opportunities to the opposition.

This happened versus Tennessee at Bryant-Denny Stadium. Hendon Hooker and the Volunteers scored 24 points on Alabama’s mistakes in the secondary. The back end also played a role in the Crimson Tide’s lone blemish of the season: a 38-41 loss to Texas A&M.

Hellams struggled in that matchup earlier this month. Coach Saban is known for being a defensive back guru.

Before the second half starts, he needs to look at Brian Branch for the free safety role.

Branch, a sophomore, drew praise from Saban in the summer because of his versatility. The Tide groomed him for every position in the secondary; however, he is a natural safety.

A native of Tyrone, Ga., Branch was one of the top safety prospects during the 2020 recruiting cycle. He totaled five interceptions and six pass breakups as a junior at Sandy Creek High School and graduated as its all-time leader for interceptions. Branch played in 12 games as a freshman at Alabama, including three starts.

He was third in the Southeastern Conference for passes defended (nine) by a freshman, totaling seven breakups and two interceptions on a national title roster.

His body structure and skill set are perfect for free safety. Branch can cover, tackle, break up passes, and create turnovers.

Alabama has had problems at the spot all season, and it cannot continue if it wants a championship. Coach Saban likes his veteran players, but he has to make a move.

Branch gives the Tide its best chance at winning football at free safety.