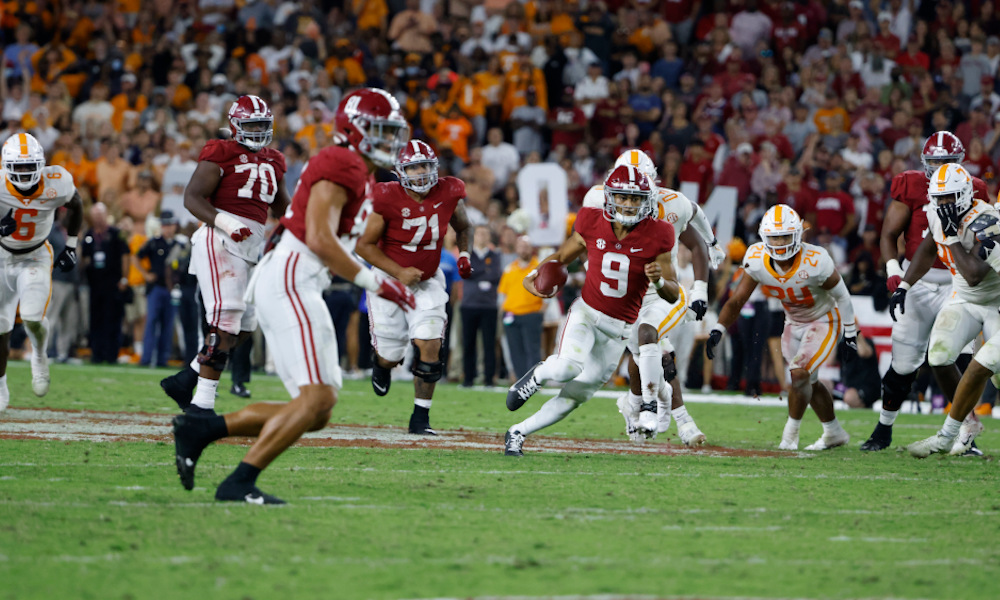 Bryce Young has been effectively taking over college football.

He is making moves with NIL deals and dominating the Southeastern Conference at quarterback.

The sophomore has Nick Saban and Alabama in a position to win back-to-back national championships. Regardless of a loss to Texas A&M, the Crimson Tide stands at 7-1.

He is one of the frontrunners for the Heisman Memorial Trophy and a midseason addition to the Manning Award Watch List.

Young looks to join Mac Jones (2020) as the second Tide quarterback to win the honor.

The 6-foot, 194-pounder is sixth all-time in Tide history for scoring tosses in a single season. Alabama fans can vote for Young on social media through the Davey O’Brien Foundation.

The winner of the Davey O’Brien National Quarterback Award will be announced on Dec. 9 at the Home Depot College Football Awards on ESPN. Young will lead the Tide against the LSU Tigers in two weeks.