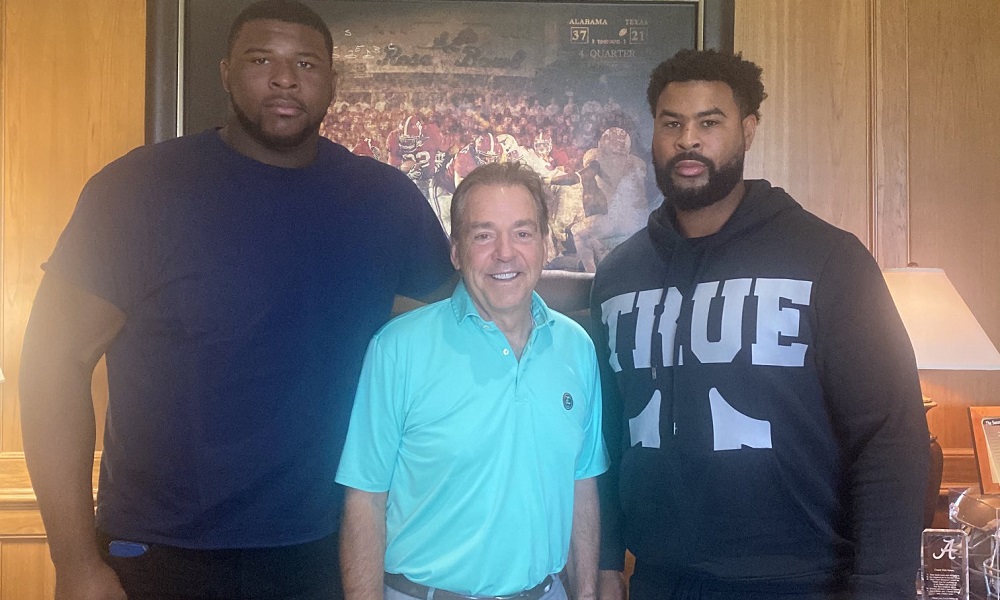 Kiyaunta Goodwin officially visited the University of Alabama last weekend along with his guardian and mentor, Chris Vaughn.

Goodwin is rated as a five-star recruit on multiple recruiting sites. He holds more than 60 D1 offers and is currently verbally committed to the Kentucky Wildcats. Alabama had an opportunity to host Goodwin for a few days over the weekend, and the programs’ emphasis on individual player development really stood out to the five-star recruit.

“He enjoyed the campus, and he definitely enjoyed the game-like atmosphere,” Vaughn told Touchdown Alabama. “Alabama does a good job with personal player development. I think that was the biggest thing he walked away with. Alabama football sells itself, but I think the individual development that they have prepared for the kids from an academic standpoint to a social standpoint to a nutritional standpoint was a huge selling point for him, just how individualize they are with their player success.”

At 6-foot-8 and approximately 300 pounds, Goodwin possesses the tools needed to be an immediate contributor at the next level. Vaughn describes Goodwin as simply the best football prospect in the country.

“Kiyaunta Goodwin is the best football player at the high school level,” said Vaughn. “If you had to draft any high school player right now in the world, it would be him. I think he checks all the boxes. He looks like a five-year veteran. He can run, can bend and can get to the second level. From an intangible standpoint, he is really hard working. You are looking at a player who has an unlimited ceiling. He can be as good as he wants to be.”

Vaughn has worked with Goodwin on and off the field for multiple years. Goodwin actually moved to Louisville, Kentucky from Charlestown, Indiana to work under Vaughn and achieve his goal of making his mother proud.

“Kiyaunta is a super hard working and driven young man,” Vaughn said. “At the age of 16, he made a decision to move out of his mother’s house, so he could be able to give her the life he felt she deserved by pursuing his goal. He wants to play football at the highest level and become a national football player.”

Vaughn has trained countless D1 athletes at Aspirations Fitness Institution. Under Vaughn’s care, Goodwin has dropped more than 100 pound and is regarded as one of the top football players in the country.

Goodwin remains committed to the Kentucky Wildcats, but he is evaluating all of his options and enjoying the recruitment process before he signs with the school of his choice.