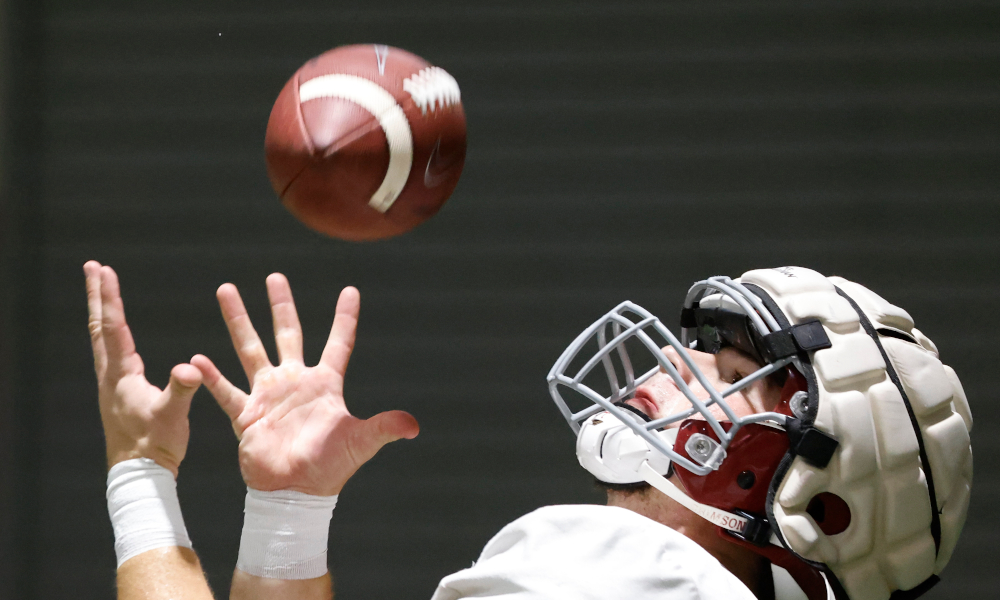 Alabama has one offensive freshman from its recent signing class who is making an impact.

As we wait to see the growth of Jalen Milroe, Camar Wheaton, Christian Leary, JoJo Earle, Agiye Hall, and Ja’Corey Brooks, a former three-star is impressing his teammates and coaches.

Robbie Ouzts, a native of Rock Hill, S.C., was one of the multiple players Justin Smith of Touchdown Alabama Magazine spent time scouting. The 6-foot-4, 260-pounder is athletic at tight end when it comes to catching passes and running routes.

However, his best work has come in the run game as a physical blocker.

Brian Robinson has 11 rushing touchdowns, which leads the Southeastern Conference.

Ouzts has been the lead blocker on a few scores, blasting linebackers and defensive backs in the hole. Crimson Tide fans have been pleased with how the freshman has embraced his role. Cameron Latu has five touchdown receptions, but the junior tight end from Utah is more proud of Ouzts.

“Man, I love Robbie,” Latu said in Tuesday’s player interviews. “He comes to work every day with a ‘yes sir’ mentality. He wants to help the offense as a unit. He has a good role coming in at fullback, and he blows up anything he sees. He has accepted that role and is getting better.”

Ouzts is earning Nick Saban’s trust at fullback and on special teams.

He is becoming one of the core players on kickoff and punt coverage. Before signing with the Tide, Ouzts totaled 43 catches for 619 receiving yards at Rock Hill High School.

If he continues his success in short-yardage situations, Alabama’s coaching staff will transition him to being a full package tight end.