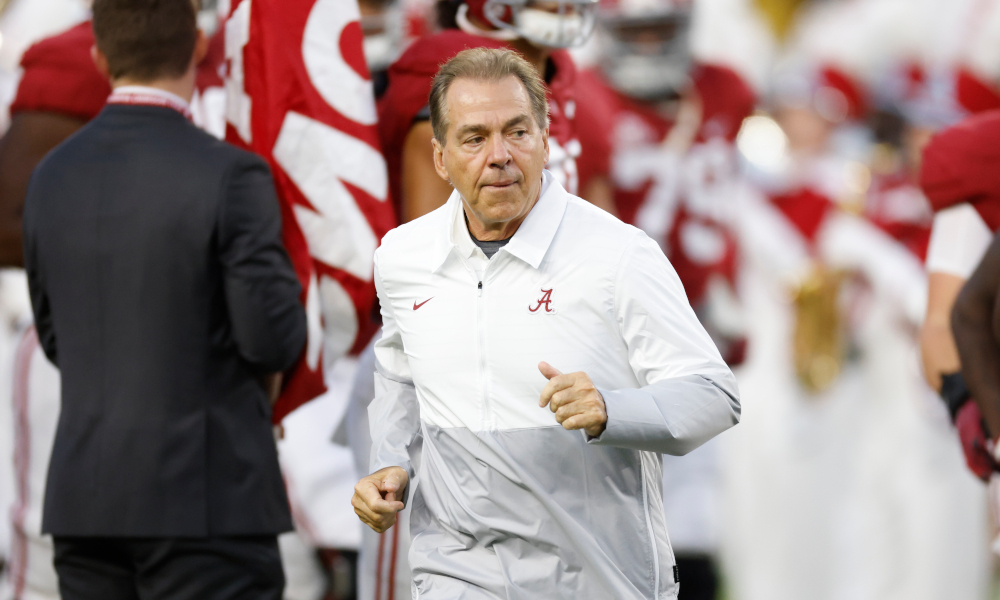 It’s shaping up to be a big week for Nick Saban.

Not only is he hitting the recruiting trail and fine-tuning his team as it begins its off week, but it’s also Saban’s birthday week as he will be turning 70 come Sunday.

Because of the milestone age mark, questions once again are surfacing of what Saban’s timetable is as a head coach in college football. As of right now, it’s a topic that isn’t on Saban’s mind as he takes things one day at a time at Alabama.

“I’ve never really thought about it, to be honest with you,” Saban said during the SEC Coaches Teleconference Wednesday morning. “But I can tell you that I’m thankful every day and feel blessed that I have the opportunity to continue to be healthy and able to do this job without a lot of issues or problems.

Now in his 15th season with Alabama, Saban still remains atop the college football landscape as he is just one year removed from the Crimson Tide’s last national championship and his sixth overall with the university.

Back in June, Saban signed a contract extension with Alabama which extends through the 2028 season where he will be 78 years old at its completion. There haven’t been any indications of a true timetable for Saban’s end in Tuscaloosa, but he’s remained consistent in saying that he will step away whenever he can’t contribute to the program.

“I just kind of keeping on, and I don’t have a timetable for anything,” Saban said. “The only thing that I’ve ever said is that I felt like I was riding the program down or I wasn’t able to make a positive contribution to the program, then  that would probably be time to let someone else carry the torch.”