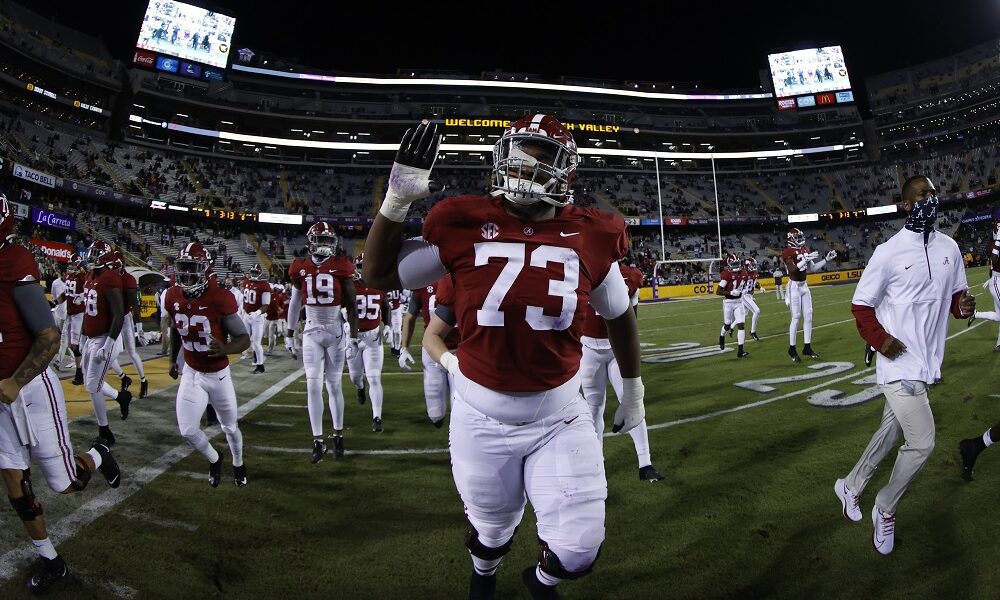 The 2022 NFL Draft boards for Todd McShay and Mel Kiper have started.

McShay updated his prospect rankings Thursday and had an Alabama player in the top five. Evan Neal, the Crimson Tide’s offensive tackle, is No. 3 overall on McShay’s board.

He is behind Derek Stingley of LSU and Oregon’s Kayvon Thibodeaux.

The 6-foot-7, 350-pounder has started 32 games on Alabama’s offensive line. His career began at left guard in 2019, but Neal has played at right tackle (2020) and left tackle. He has allowed one sack this season in 206 pass attempts while having a team-high 15 knockdown blocks. Neal gave up 1.5 sacks in 810 snaps last season at right tackle, helping Mac Jones secure a record-setting campaign.

Through 21 career games at offensive tackle, the junior has surrendered 2.5 sacks.

Neal possesses the footwork, quickness, explosiveness, size, wingspan, and technique to be a perennial All-Pro tackle.