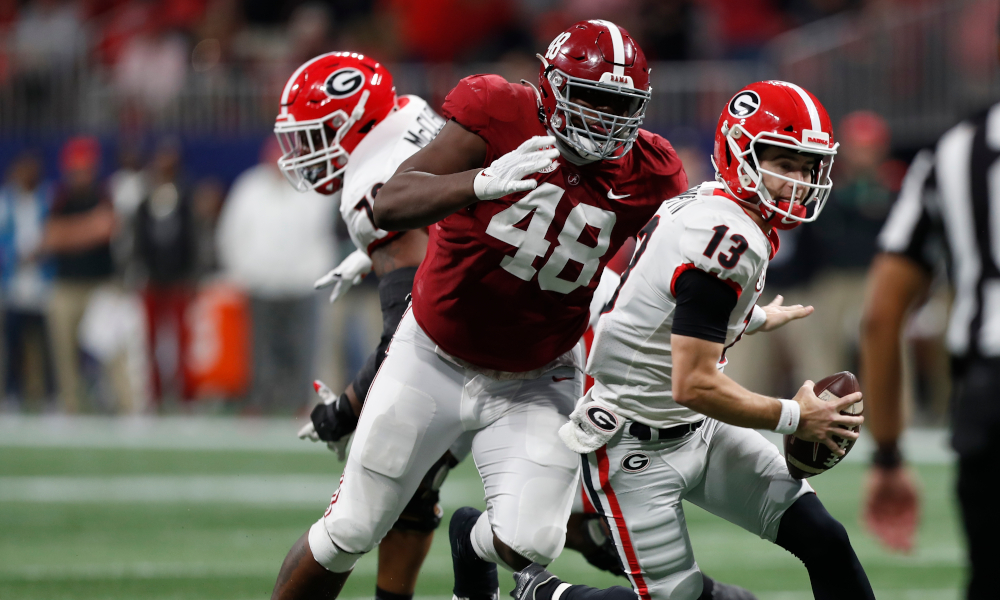 Phidarian Mathis is headed to the 2022 Reese’s Senior Bowl in Mobile, Ala.

He has accepted an invitation to compete in the venue.

Just a kid from Wisner, La with a dream🙌🏾
Thank you God! Mobile we on the way🧡🖤 https://t.co/5HXdxGjVSQ

Mathis, a native of Wisner, La., has been productive on Alabama’s defensive line. The 6-foot-4, 312-pounder has 46 tackles, 10 tackles for loss, eight sacks, six quarterback hurries, and one forced fumble. Mathis ranks sixth in tackles, second in tackles for loss, second in sacks, and second in quarterback hurries on the team. His leadership as a fifth-year senior earned him honors as permanent team captain by his peers. Mathis is a second-team All-SEC player and is pursuing a third national championship.

He projects as a day two pick (second round) for the 2022 NFL Draft.