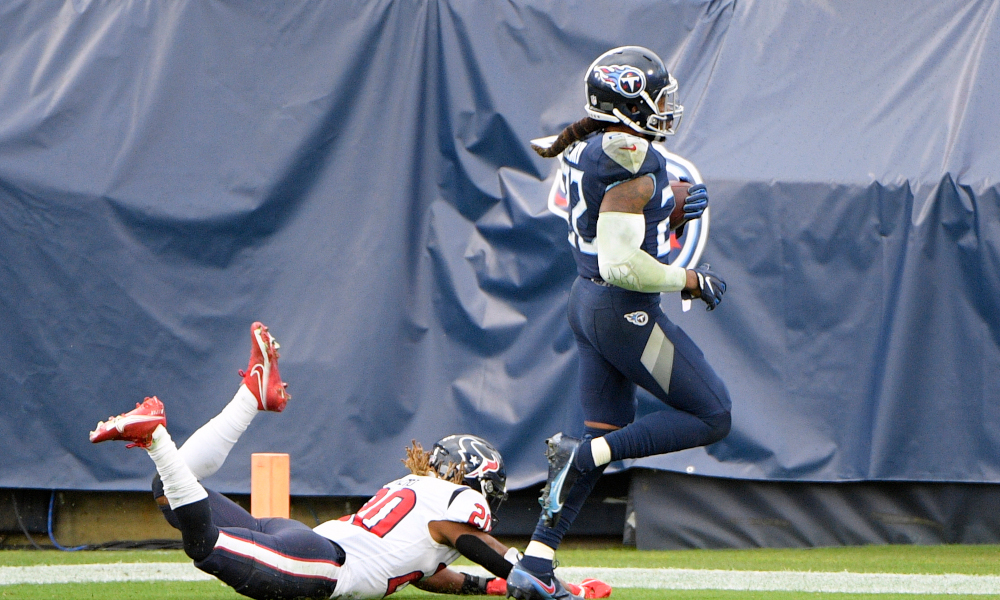 It took two years for him to find his rhythm, but Derrick Henry has taken over the National Football League.

RELATED: Derrick Henry actually has no idea how much he can lift

The 6-foot-3, 247-pounder is going after his third rushing title. As an alumnus of Alabama football, the 2015 Heisman Trophy winner is also in the running for NFL’s Most Valuable Player. He has four seasons of at least 1,000 yards from scrimmage and has the Tennessee Titans (5-2) in first place in the AFC South.

Tiki Barber, a former NFL running back, already sees Henry wearing a gold jacket at the end of his career. Barber views the former national champion as a Hall of Famer in six seasons of pro football.

“He did not play a lot early, but now he’s getting a ton of carries,” Barber said of Henry. “He is on pace for 463 carries this year, who knows how many receiving yards he’s going to have. He led the league in the last couple of years in rushing and rushing touchdowns. He is a beast. The one similarity I see between him and Jim Brown is the physical size difference. Derrick Henry is as big as defensive ends, and he runs through everyone. He gets stronger as the game goes on. Most importantly, he gets stronger as the season goes on.”

Barber mentioned Henry’s dominant performance against Seattle. Tennessee trailed 24-9 at halftime, but Henry was not allowing his team to lose. He carried the Titans in the second half and posted 182 yards rushing with three touchdowns on 35 carries.

Henry pushed the matchup into overtime and Tennessee got a 33-30 victory.