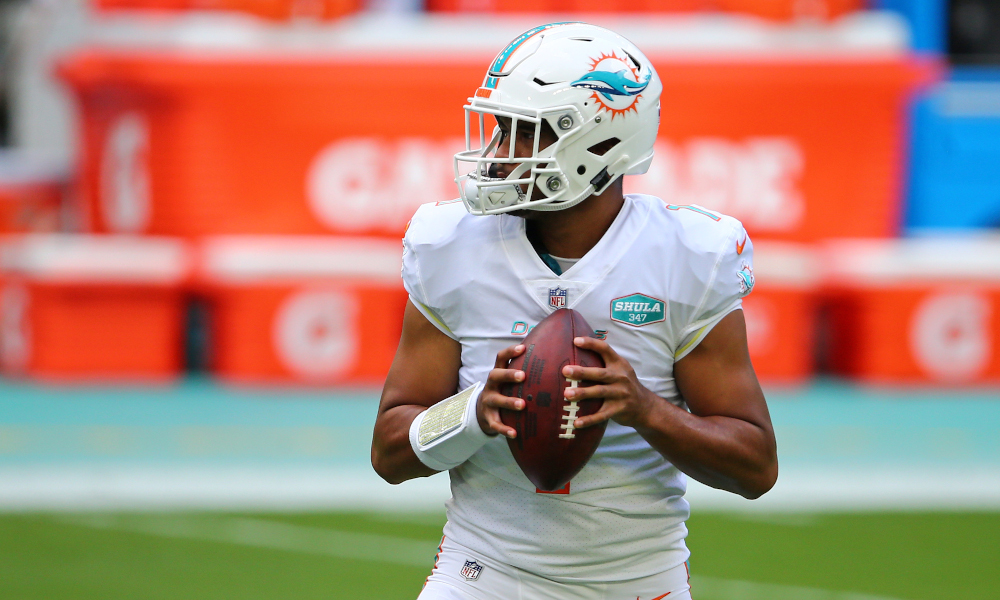 Miami is interested in trading for Deshaun Watson. Many reports have floated on social media, and Tagovailoa has been addressed about the matter in interviews. He played well in the last two games and believes he is the quarterback for the Dolphins. Tiki Barber, a former NFL All-Pro running back, is frustrated with the situation Tagovailoa is in at South Florida.

Barber said the former CFP National Champion is not getting the opportunity to succeed.

“You wanna see kids that are good kids, like Tua, succeed and he’s not getting the opportunity.”
@TikiBarber is frustrated with the QB situation in Miami. pic.twitter.com/6Jycgqqrgq

“I think it’s terrible what they are doing to him,” Barber said.

“Most kids, at least quarterbacks, get three years. The infrastructure around the Dolphins gave up on him last year. He was hurt, and he should not have been playing. Now, he’s is starting to get better. He completed 70 percent two weeks ago, 80 percent a week ago. They lost, but it’s not all his fault. It’s just frustrating because you want to see good kids, like Tua, succeed. He’s not getting the opportunity because of the dysfunction upstairs, and its infatuation with Deshaun Watson who has a legal issue.”

Barber is concerned about the culture of Miami if it trades Tagovailoa.

RELATED: Derrick Henry actually has no idea how much he can lift

“Maybe the fans don’t care because they want to win, but I doubt it,” Barber said. “Social issues like this are becoming more prevalent. Think about what this is going to do to the Miami Dolphins if they give up a good guy like Tua for Deshaun Watson, who has all these legal things hanging over his head? It frustrates me. Maybe cause I am biased, and I like Tua.”

Barber was taken in the second round of the 1999 NFL Draft by the New York Giants. He played eight seasons (1999-06) with the team, totaling 1,000+ rushing yards six times. Barber is in the Giants Ring of Honor, but he wants to see Tagovailoa shine.