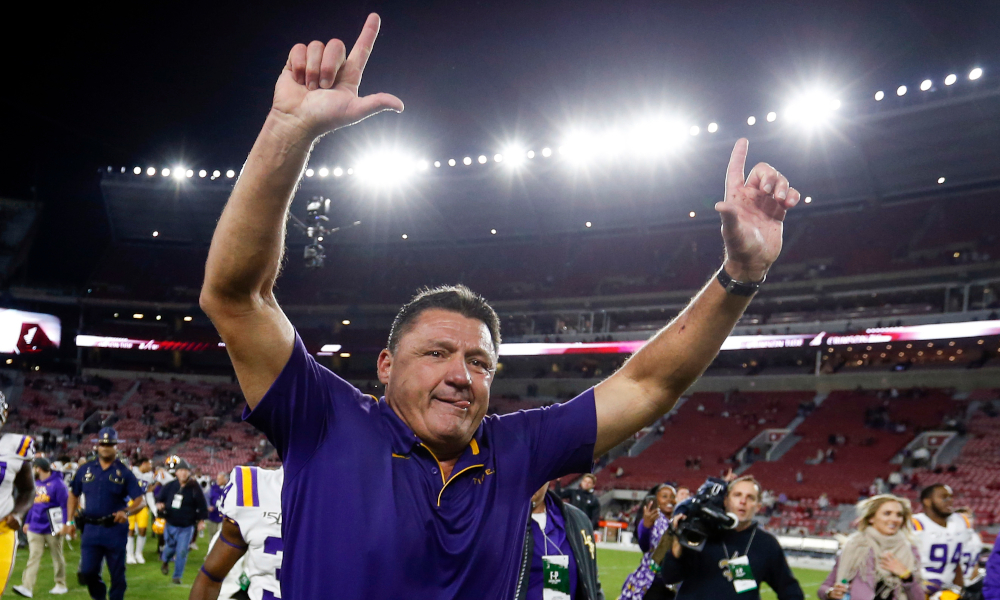 The state of LSU’s program and Ed Orgeron’s career were much different two seasons ago.

With a future first overall pick in quarterback Joe Burrow surrounded by a myriad of other future NFL talent, the Tigers came into Bryant-Denny Stadium and took down Alabama 46-41.

Following the game, Orgeron gave an impassioned speech to his team stating how it was only the beginning of its reign on college football.

The speech also contained an expletive comment that ruled the college football world, but when looking at today’s results has ended up aging rather poorly.

LSU week officially starts today for the Tide. Here's a reminder of Ed Orgeron's post game message to his players.

This Saturday will be the final time Orgeron runs out of the tunnel in Bryant-Denny Stadium as the head coach of LSU as he agreed to step down following the season.