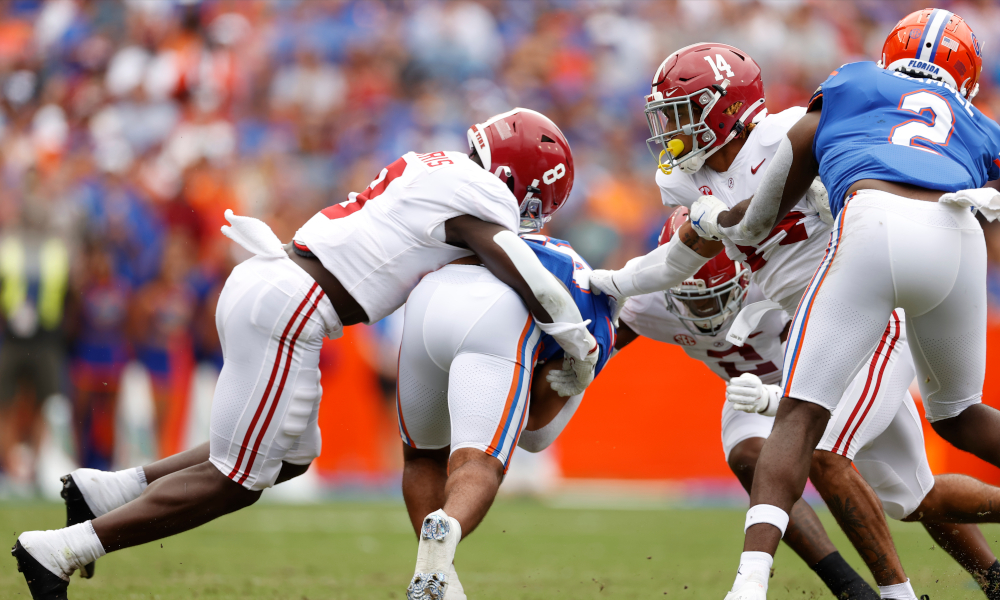 Harris is one of 12 collegiate semifinalists for the award which honors the nation’s best linebackers at the collegiate and high school levels. Four Crimson Tide linebackers have claimed the Butkus previously with Reuben Foster taking home the hardware most recently in 2016. Joining Foster on the list of Alabama players to capture the award are C.J. Mosley (2013), Rolando McClain (2009) and NFL Hall of Famer Derrick Thomas (1988).

The Butkus Award has been presented annually since 1985 by the Butkus Foundation to recognize the top linebacker in college football. The award is named in honor of college and NFL Hall of Fame linebacker Dick Butkus. Selection is handled by a panel of 51 coaches, recruiters, scouts and journalists who vote separately and confidentially. Finalists for the Butkus will be announced on Nov. 22 with winners being notified by Dec. 7 through a surprise event on their campus.