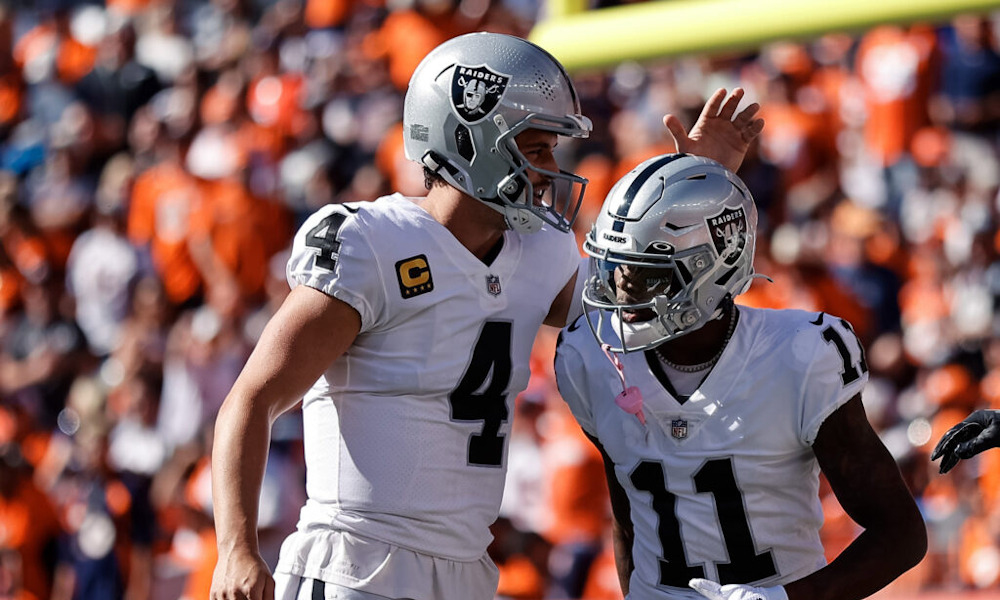 He has not reached out yet, but Derek Carr is going to talk to Henry Ruggs III.

The veteran quarterback of the Las Vegas Raiders had started to enjoy his talented wide receiver. Everything changed Tuesday at 3:40 a.m. as Ruggs was in a serious car accident.

He was driving his Chevrolet Corvette at 156 miles per hour, and it hit a Toyota Rav4. Both vehicles were significantly damaged, but the Toyota caught on fire. A 23-year-old woman died and Ruggs’ girlfriend, Kiara Washington, was in the car with Ruggs. His blood alcohol levels were over the limit, and police charged him with driving under the influence (resulting in death) and reckless driving. If convicted, Ruggs could face between two and 20 years in prison.

Since the incident, the Raiders released Ruggs.

He has also been dropped from endorsement deals.

Carr has not spoken to Ruggs, yet he is now making it a priority.

Derek Carr says he’ll continue to be there for Henry Ruggs: “He needs to be loved right now, and if no one else will do it, I’ll do it.” pic.twitter.com/C4198gjJpr

“Honestly, with what we were told, I did not know we would be able to,” Carr said on reaching out to Ruggs. “I will always be here for him. That won’t change, and I will prove that to him. No to anyone else, but he needs people to love him right now. He’s probably feeling a certain type of way about himself. He needs to be loved, and if no one else will do it, I will do it.”

Las Vegas has several players from the University of Alabama — including Josh Jacobs, Kenyan Drake, and Alex Leatherwood.

As rough as it has been, Ruggs has people coming to his aid.