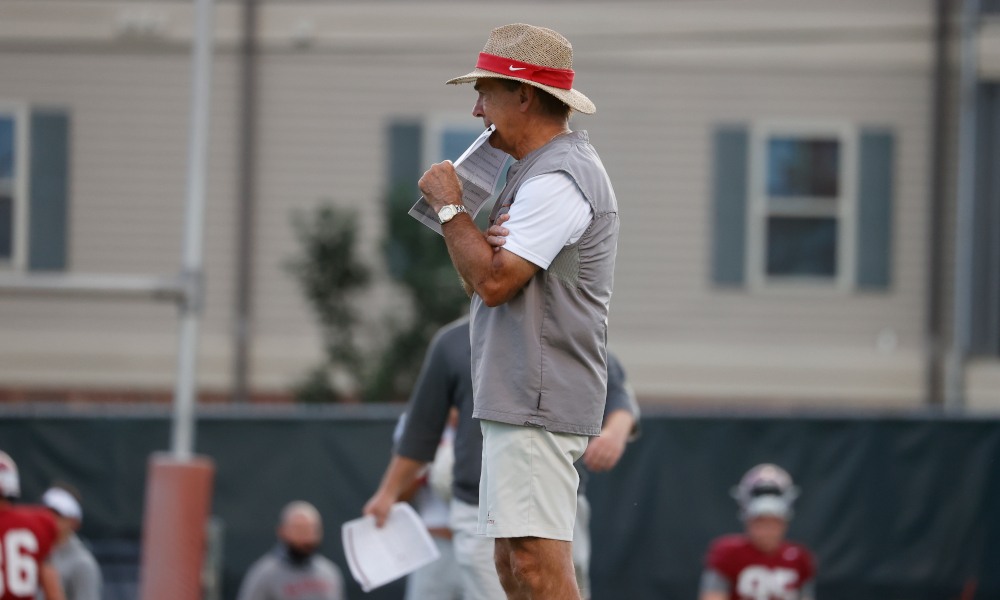 In his final press conference of the week, Alabama head coach Nick Saban gave a few injury updates on linebacker Drew Sanders as well as running back Camar Wheaton.

Sanders began practicing earlier this week and continues to progress well as he aims to get back onto the field soon.

“He’s practiced well,” Saban said to reporters. “He’s been able to practice, hasn’t had any issues or problems. They’ll do another check on him at the end of the week and see what the plan is relative to clearing him for the game. We’ll just have to wait and see on that.”

The sophomore linebacker has missed the Crimson Tide’s last three games with a hand injury sustained following the Ole Miss win. Before Alabama’s bye week, Saban said there was a “good possibility” Sanders would be recovered in time for the game against the Tigers.

Sanders has been filling in for another injured Alabama linebacker in Christopher Allen, who was lost for the season in the team’s season opener against Miami. In five games of action, Sanders has recorded 20 tackles, 1.0 tackles for loss, four quarterback hurries and two pass breakups.

Unfortunately for Wheaton, his path to getting back to the field is a much longer one according to Saban.

“Camar Wheaton’s still rehabbing,” Saban said. “He’s not on the field yet. He’s got a ways to go.”

Wheaton is still recovering from a meniscus injury suffered in practice and has not appeared in any games this season for Alabama. It is one of two injuries suffered in Alabama’s backfield as sophomore Jase McClellan suffered a season-ending injury against Ole Miss.

Despite the injuries, Saban has been pleased with what he’s seen from backup running backs Trey Sanders and Roydell Williams.

“Those guys have done well,” Saban said when asked of Sanders and Williams. “They’ve all done a good job. They’ve done a good job when they get opportunities in the game. I think their experience is certainly helping their confidence. We’ve been really pleased with what they’ve been able to do to this point.”

Alabama will host LSU this Saturday, Nov. 6, inside Bryant-Denny Stadium with kickoff set to come at 6 p.m. CT on ESPN.