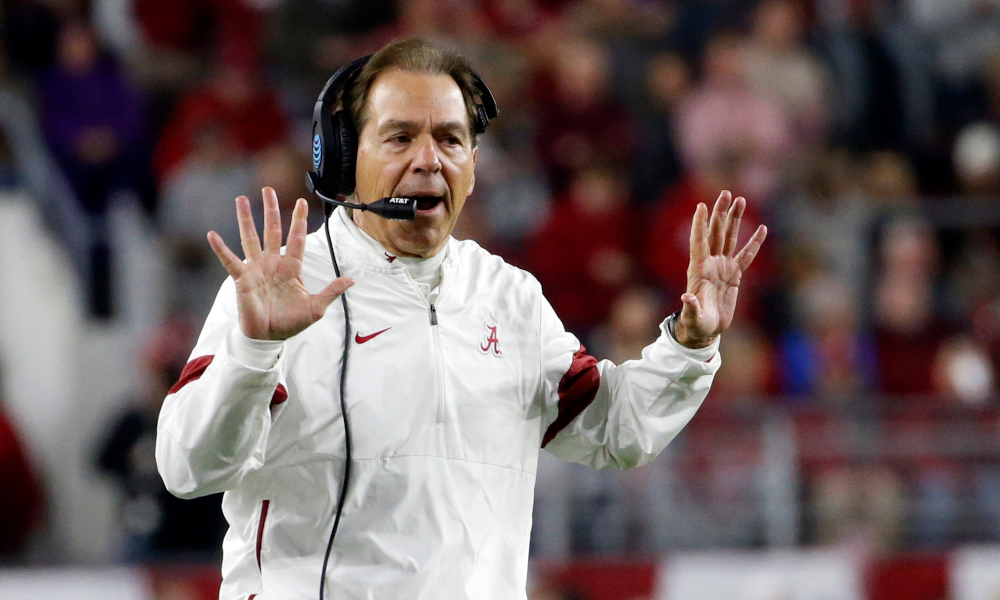 Nick Saban knows what is on the mind of Alabama players and fans this week.

He saw what happened two years ago in Tuscaloosa, and he knows LSU returns to Bryant-Denny Stadium.

RELATED: Bo Scarbrough says Alabama “should beat the dog —- out of LSU”

After defeating the Crimson Tide in 2019, Ed Orgeron claimed the venue as the Tigers’ home from now on. LSU players taunted Alabama recruits in the student section, and the infamous “Roll Tide, what?” profanity-laced speech came out. The athletes for Alabama have given the game plan for LSU full attention for two weeks. Coach Saban has been pleased with the effort, energy, focus, and attention to detail. Brian Robinson, a fifth-year senior, spoke on the disrespect the older player felt from 2019.

Saban knows LSU will give the Tide its best game, but he also knows the motivation of his players.

“I’ve always thought that revenge should not be a motivator. But it is,” Saban said in Thursday’s “Hey Coach” show.

The team remembers what happened two years ago, and Saban does too. Alabama is set to make its push for a fourth College Football Playoff National Championship, but it starts with beating the Tigers. The Tide saw the CFP Committee debut it at No. 2 in the initial rankings. Saban and the team have a chance to prove the committee right with dominant games moving forward.

Alabama is ready to reclaim its house back. Saturday will be an entertaining matchup on ESPN at 6 p.m.