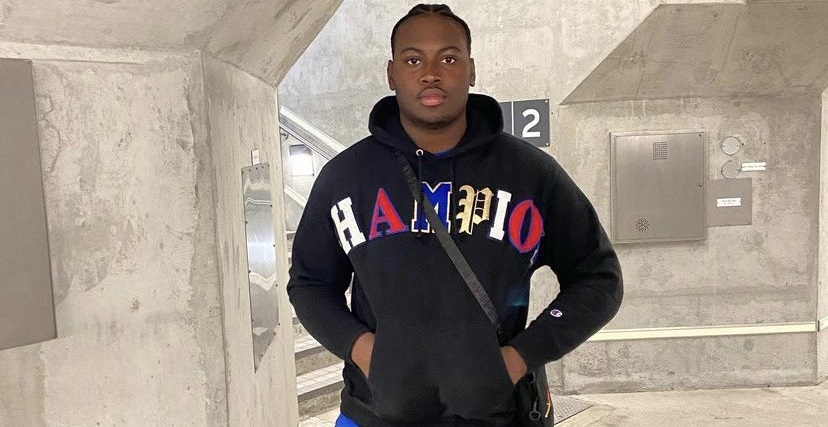 Isaiah Hastings tweeted Friday he will announce his verbal commitment on Nov. 9.

Hastings is originally from Toronto, Ontario, Canada. However, he currently attends Clearwater Academy International in Clearwater, Florida. He has seen his recruitment blossom in recent months with several new offers coming his way, including one from Alabama.

The Canadian native will choose between Alabama, Georgia, Florida, Oregon and Michigan Tuesday. The Crimson Tide got Hastings on campus for an official visit two weeks ago. Hastings told Touchdown Alabama he ‘felt a family feeling’ during his visit to Tuscaloosa.

Alabama offered Hastings after watching him in action earlier this season. The Crimson Tide’s defensive line coach Freddie Roach told the 6-foot-5, 290 pounder he was a fan of his quickness and the improvement he has made since last season.

Jaheim Oatis is Alabama’s only 2022 interior defensive lineman commit. The Tide look to be in a great position with Hastings heading into his decision.

Hastings will announce his commitment live on CBS Sports HQ.