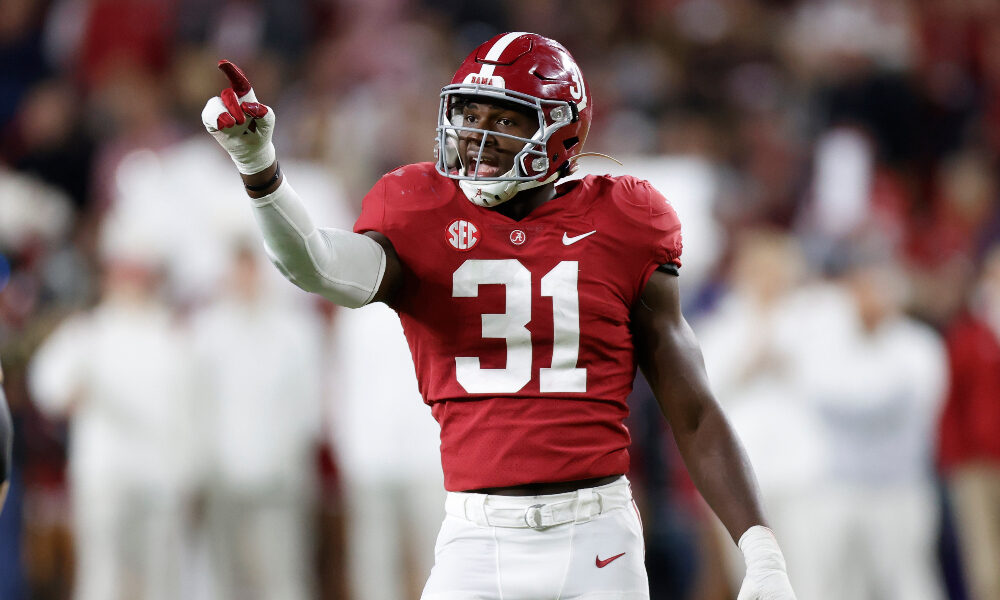 Alabama linebacker Will Anderson Jr. was named the Bednarik Award Player of the Week Tuesday, it was announced by the Maxwell Football Club. The recognition is Anderson Jr.’s third from the Bednarik, as the sophomore was also selected for the weekly honor following the Ole Miss and Tennessee games.

Anderson was also named SEC Defensive Player of Week and was recognized by the Alabama coaching staff as one of the team’s players of the week from the LSU game.