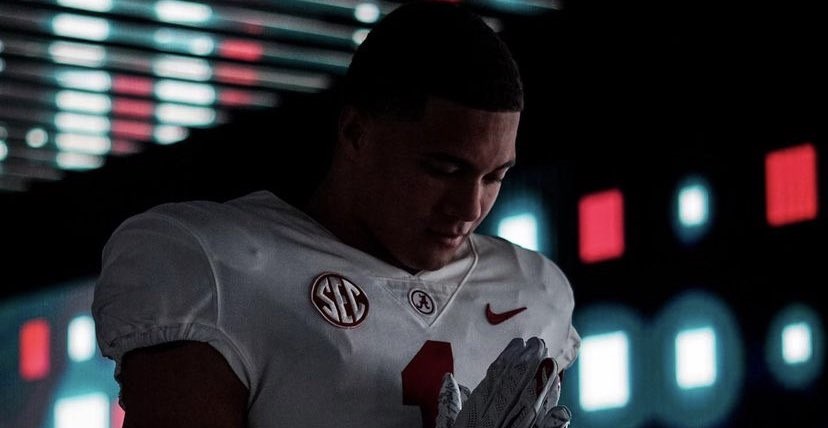 Alabama hosted five-star defensive back, Domani Jackson for an official visit last weekend and made him and his family feel more than welcome.

Jackson is rated as a five-star recruit and is regarded as one of the top defensive backs in the country. He is currently verbally committed to USC but is exploring his options before he signs a National Letter of Intent to the school of his choice. Alabama is one of Jackson’s many options, and the Crimson Tide were able to get the Mater Dei product back on campus for an official visit after hosting him for an unofficial during the summer.

The visit did not disappoint, according to Jackson’s father Randy Lee.

“The buy-in from all members of the staff stood out,” Lee said. “They are very welcoming and make everyone feel like family. The support of the football program was also next level. Coach Saban and Miss Terry were very welcoming and personable. You can see they genuinely care about their players and their families.”

Jackson and his family spent multiple days in Tuscaloosa over the weekend, which allowed them to get an in-depth look at the Alabama football program. Lee went on to say that he admires the structure the program has in place.

“Alabama is the standard of what a college football program should be,” said Lee. “The organization structure is similar to that I was familiar with within the Marine Corps. There is leadership development, both professional and personal. All of this is a direct reflection of Coach Saban’s Leadership. It will help develop young boys into men.”

Jackson’s recruitment looks to be far from done as he will continue to mull over his choices ahead of a final decision. The Crimson Tide would love to add the impressive defensive back to their 2022 recruiting class.