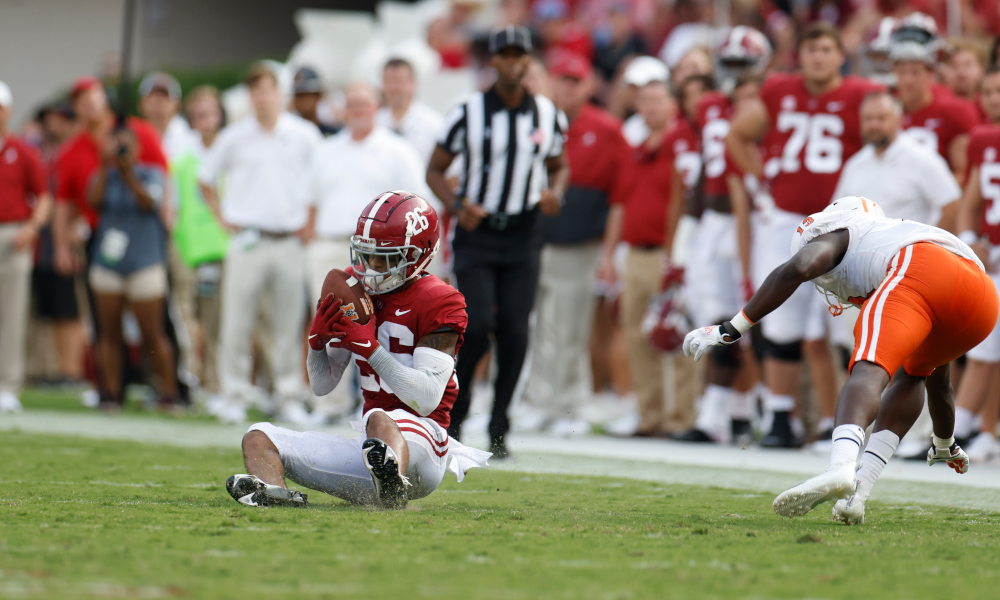 A skilled cornerback for Alabama football entered the NCAA transfer portal on Monday.

Marcus Banks, a junior from Houston, Texas, announced his decision to transfer via Twitter.

He arrived as a four-star in the Crimson Tide’s 2019 signing class per Touchdown Alabama Magazine’s independent rankings. The 6-foot, 186-pounder has strong coverage, tackling, and ball skills. He also possesses instincts, speed, and leverage on the field. Banks has played in 23 career games, including seven this season.

He earned his first start versus Mercer, recording four tackles and one interception.

Coach Nick Saban excels at recruiting running backs, wide receivers, defensive backs, and linebackers. He’s grown in attacking other positions too, but the four listed above are those where he always finds a playmaker. The departure of Banks opens up freshman Ga’Quincy “Kool-Aid” McKinstry for more opportunities. He came as a five-star from Pinson (Ala.) Valley High School and earned his second career start against LSU. According to Saban, McKinstry did ‘ok’ and was prepared for the matchup.

He collected a pick versus Mercer in his first start. McKinstry brings size, tackling skills, coverage skills, and ball skills to the position.

He played wide receiver and defensive back in high school. Before getting opportunities in the fall, McKinstry had an impact during spring practice. He posted an interception in the A-Day game and had Saban and Tide fans impressed with him.

Terrion Arnold, another true freshman, might start to get a look too. He came as a five-star via Tallahassee, Fla.

Some regarded Arnold in higher esteem than McKinstry. He possesses size, speed, quickness, toughness, leverage, instincts, and ball skills as a defensive back. The 6-foot, 188-pounder was one of the top safety prospects, but the Tide’s coaching staff has worked with him at cornerback also. Saban likes what Arnold can provide at the position, especially his football intelligence.

Since 2019, Alabama has lost Banks, Scooby Carter, Ronald Williams Jr., and Kadarius Calloway to the portal. It loses Josh Jobe and possibly Jalyn Armour-Davis after this year.

It is time to get more of the young players involved.

McKinstry got the start over Banks in replacing Jobe (toe) against LSU. Crimson Tide fans wish Banks the best, but it knows the talent it has on the roster.