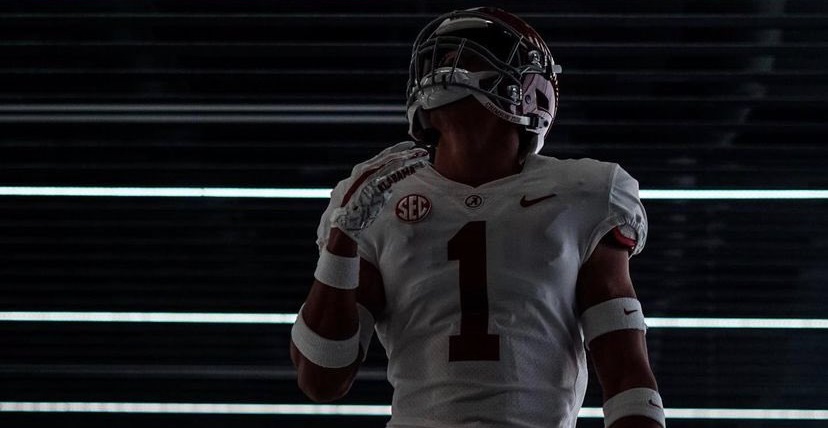 Domani Jackson announced he was backing off his commitment to the USC Trojans Sunday via Twitter.

Jackson is rated as a five-star recruit and is one of the Crimson Tide’s top remaining targets. He officially visited the University of Alabama two weeks ago, and that visit was a success, according to his father Randy Lee.

“The buy-in from all members of the staff stood out,” Lee said. “They are very welcoming and make everyone feel like family. The support of the football program was also next level. Coach Saban and Miss Terry were very welcoming and personable. You can see they genuinely care about their players and their families.”

The five-star recruit is one of the fastest prospects in the country as he holds the California state record for the best time in the 100-meter dash with a PR of 10.25. He is a complete defensive back with elite coverage skills and athleticism.

Jackson is set to make a decision on Dec. 15, which is the first day of the early signing period. With him no longer committed to the Trojans, Alabama is fairly in the mix to land Jackson. They were arguably the favorite to flip Jackson before he de-committed on Sunday evening.

The Alabama coaching staff could capitalize on the momentum they currently have after hosting Jackson for an official.