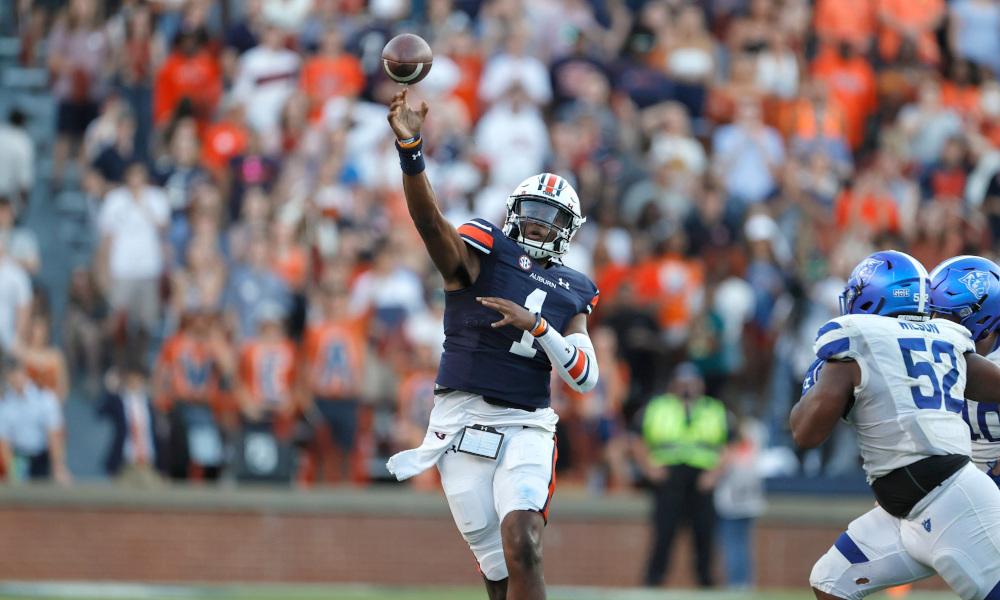 The annual Iron Bowl is next week, but this game will have a different vibe.

Alabama football will face a different quarterback for the first time in three years.

He will have surgery and miss the rest of the season. Nix, a native of Pinson, Ala., has played in two Iron Bowls. He earned a 48-45 victory over Nick Saban and the Crimson Tide in 2019 at Jordan-Hare Stadium.

Bones break and things change, but God is always the same. One of my favorite verses is John 13:7, “Jesus replied, “You do not realize now what I’m doing, but later you will understand”. The Lord’s timing is our schedule. The road to recovery begins tomorrow. pic.twitter.com/Zl26hzPsLb

Auburn now turns to T.J. Finley for the in-state rivalry. The 6-foot-7, 246-pounder transferred to Auburn from LSU. He has played in six games, recording 275 passing yards with three total touchdowns. Finley saw action in 2020 against the Tide as a starting quarterback for LSU.

He completed 14 of 28 passes for 144 yards with one touchdown. Despite taking a 55-17 loss in Baton Rouge (La.), Finley gets another chance against Alabama. He brings a dual-threat quality to Auburn’s offensive attack.

RELATED: Georgia is clearly the best team in the country right now: What does Alabama need to do to change that?

Finley came off the bench in the second half and pushed Auburn to a 34-24 win over Georgia State.

In replacing Nix, he completed nine of 16 passes for 97 yards with a touchdown.

He is a physical specimen with talent, and Alabama’s defense has to lock him down.

The Iron Bowl will not decide the SEC West — seeing that Auburn has four losses — however, Finley adds a new element into the mix.

Alabama must have its A-game on both sides of the football for Auburn.