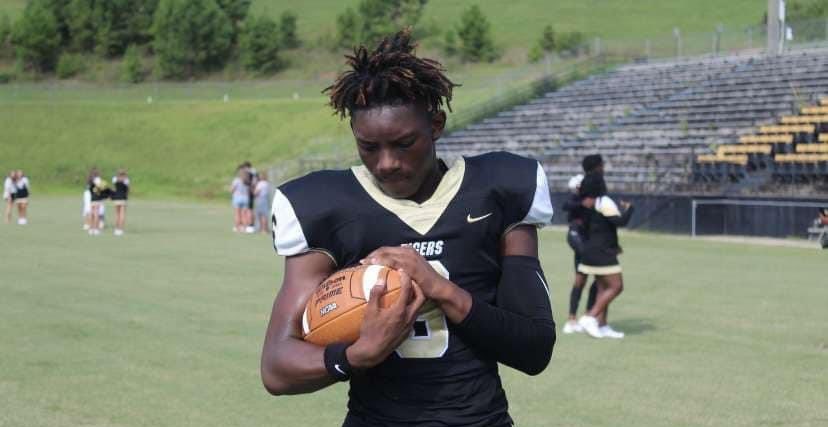 Elba High School’s freshman running back, Alvin Henderson had himself a heck of a couple of days on the recruiting trail earlier this month.

“All of it is truly a blessing,” Henderson told Touchdown Alabama. “It came out of nowhere.”

Henderson currently stands at 5-foot-11 and weighs 180 pounds. The Elba Tigers run a wing-T offense, which creates opportunities for its running backs to show their talent. Henderson has taken full advantage of his carries this season.

The freshman running back is a patient runner who waits for his blocks to set up and uses his vision to find open holes. He hits the hole hard, explodes into the open field and can hit a second gear in open space. Henderson has also shown an ability to be a physical runner.

Coaches are currently drooling over his top-end speed.

“All of them have been saying that after I hit the hole, it is just a boost of speed,” Henderson said.

Henderson’s offer list is expected to get much longer in the future. Alabama football will host him for a visit this weekend when they take on the Arkansas Razorbacks.