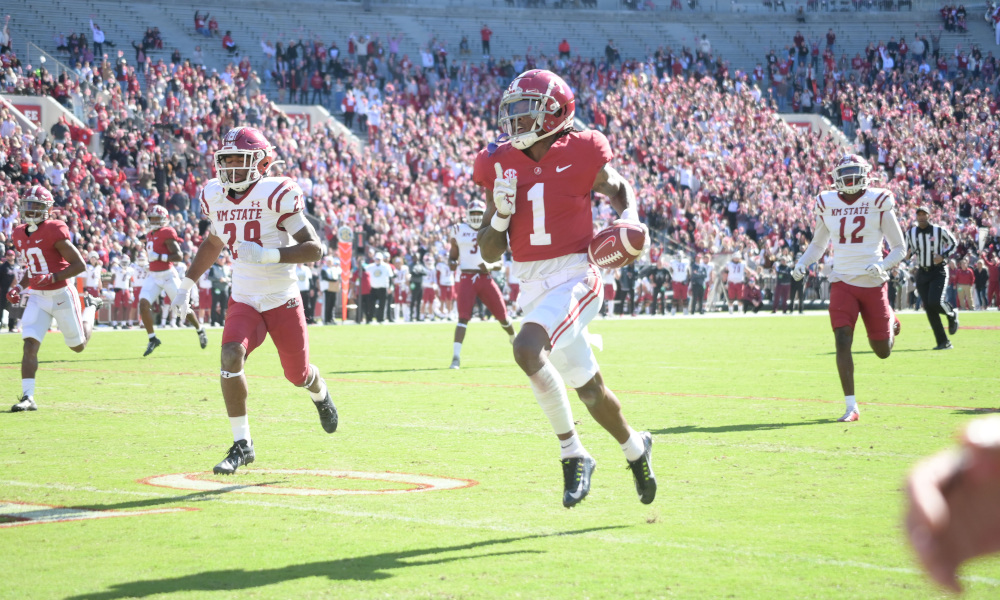 He has been fighting for one thing since childhood. Williams wants to feed his family.

He looks at the situation his loved ones and friends are in and wants to bring them out.

When he runs, it feels as though he is escaping something but pushing to locate what is better.

People might be upset with the NCAA transfer portal, but it has been good to Nick Saban.

He pulled Landon Dickerson from the portal in 2019, and Alabama gained an elite center.

Alabama returned to the portal during the summer for an inside linebacker and a wide receiver. Both have served well, but Williams has been special.

After leaving Ohio State for the Tide, the junior is one of 10 semifinalists for the Fred Biletnikoff Award. The Tallahassee Quarterback Club Foundation made the announcement today.

He is ninth all-time in school history in yards for a single season. Williams is tied with Jerry Jeudy (2019) and Al Lary (1950) for fifth all-time in touchdowns for a season. He is playing like a first-round pick and shows the ‘dog mentality’ Saban loves.

“Jameson is exactly what we looked for in the offseason,” Saban said after the N. Mexico State game. “We wanted a fast, vertical threat that could take the top off a defense. A lot of the routes and plays he makes are designed for him because of who he is and what his skill set is. He complements John Metchie and the other receivers we have.”

Williams is crafting touchdown celebrations and having fun with the Tide.

Cooper, Jeudy, and Smith all won the Biletnikoff Award at Alabama. Williams is in line to be the fourth winner.