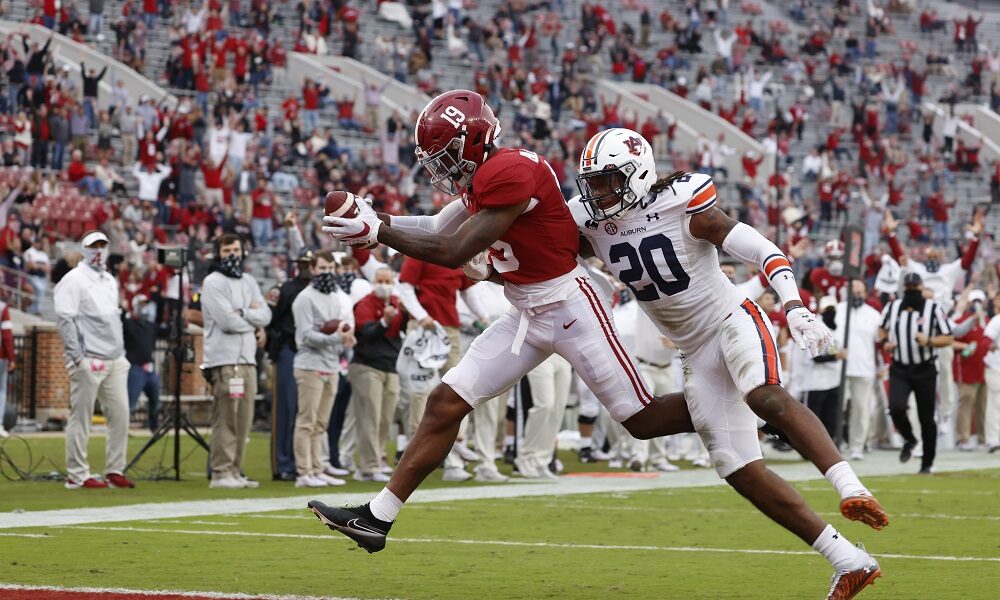 The kickoff time and television network for the upcoming Iron Bowl matchup between Alabama and Auburn were officially announced on Monday.

The Crimson Tide will take on the Tigers at 2:30 p.m. CT on Nov. 27 with CBS broadcasting the game.

Which side of the rivalry are you on? 🗣⤵️ pic.twitter.com/nTIOlpAVrX

It will be a much different approach to the game from Auburn head coach Brian Harsin, who will be coaching in his first segment of the rivalry, for he will be without starting quarterback Bo Nix who suffered an ankle injury which will have him miss the remainder of the regular season.

Ahead of the yearly rivalry game, Alabama will be preparing the play Arkansas this Saturday in its home finale.