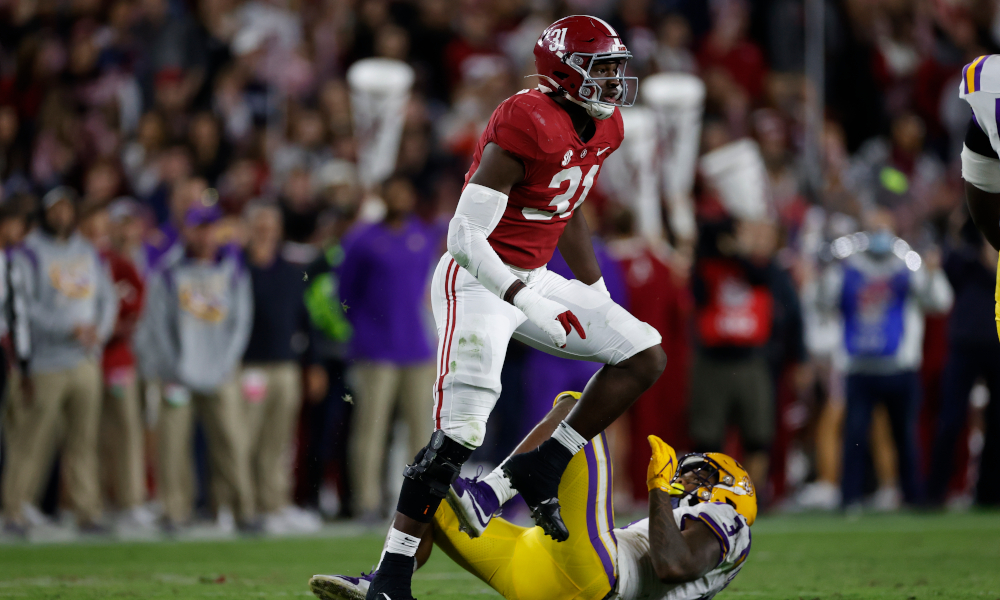 Alabama outside linebacker Will Anderson may not be focused on individual awards, but members of the media are beginning to notice just how special he has been in 2021.

Former Alabama defensive back now SEC Network analyst Roman Harper made an appearance on SEC Nation ahead of Saturday’s game as he praised Anderson’s play-calling him the best player on the Crimson Tide.

He also endorsed him for the Heisman Trophy.

“The best player in college football is Will Anderson. … He is the guy that really deserves the Heisman.”