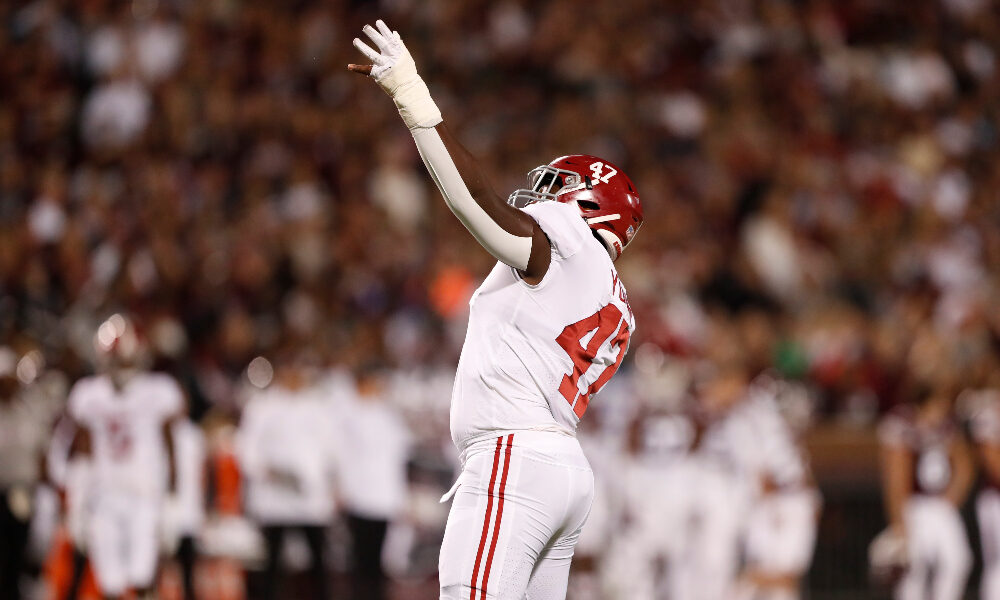 After starting the regular season in Atlanta for Alabama’s matchup versus Miami, we have arrived at the last home game of the campaign.

The Crimson Tide takes on Arkansas at Bryant-Denny Stadium for an opportunity to clinch a ninth SEC West crown of the Nick Saban era. Fans will be on hand to honor the senior class, but a junior narrated the last home game video.

Byron Young, a defensive end from Laurel, Miss., has come to appreciate the Tide as his home.

He has 7.5 tackles for loss, two sacks, and 27 total tackles in 10 games. Young arrived on the University of Alabama campus in the 2019 signing class as a four-star. Since then, he has been changed by the program.

“You try to change your home for the better, but at Alabama, it changes you,” Young said in the video. “It teaches you. Sometimes, it teaches you things you don’t want to learn. … But eventually, you will realize why. At Alabama, great players come and go. … But you are always welcomed home.”

In his final home game as a junior, Young looks to have a monster performance versus the Razorbacks.

Alabama is prepared to punch its ticket to the SEC Championship Game.