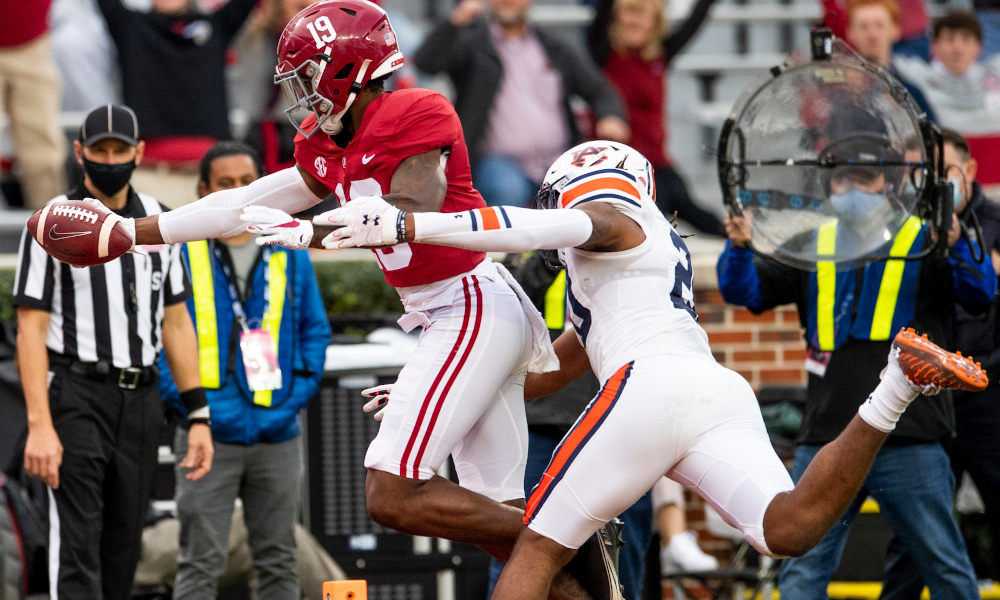 Key Insight: “Alabama’s offense will come out fast and be able to consistently finish drives. Expect a huge game from Bryce Young and Brian Robinson. The offensive line will build positive consistency for matchup with Georgia. Defensively, the Tide will lock down Tank Bigsby and force T.J. Finley to win the game. Look for a couple of turnovers and some sacks too. Jameson Williams could break a kick return for a touchdown.”

Key Insight: “The Iron Bowl is a rich rivalry and it is arguably the best rivalry in college football. In the past, this game has proven to be one where you throw away each  teams’ record. However, Alabama has run away with some games in recent history. Saturday presents another opportunity for the Crimson Tide to do so in Jordan-Hare stadium. Alabama’s offense should be able to put up another forty point game on the Tigers, especially if Bryce Young is protected. Auburn’s offense will throw everything at the Crimson Tide and should have some success early. The Crimson Tide’s offense should be able to keep a firm grip on the game and pick up the win.”

Key Insight: “Traveling to Jordan-Hare Stadium has been difficult for Nick Saban as he hasn’t won on the road against Auburn since 2015. But today will be a different story. After his speech earlier in the week, Alabama will come out prepared against the Tigers who will be without quarterback Bo Nix for the matchup. It won’t be easy but the Crimson Tide will be going to Atlanta 11-1.“