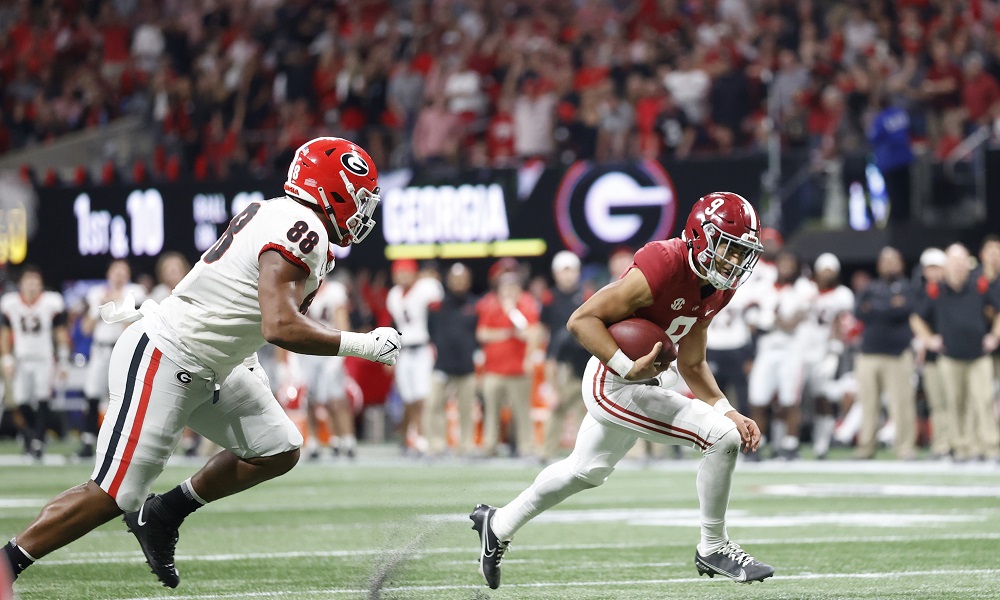 The college football world and Alabama fans reacted to Bryce Young big performance in the SEC Championship on Twitter.

Young finished the game with 421 passing yards and three touchdowns.

Bryce Young is winning the Heisman right in front of our eyes. #Alabama

Bryce Young is a DUDE!!!

Bryce Young better than any QB coming out this yr

Where are all those ppl that said Bama wasn’t any good this yr, Ga we’re going to kill them and Bryce Young wasn’t going to win the Heisman? Wrong Wrong Wrong. Bama doesn’t rebuild, they reload. #SECCHAMPS #RollTide

Bryce Young set an SEC Title game record of most passing yards in a half vs the best defense in a decade.

Bryce Young just went for 421 yards and 3 TD with a rushing TD against “the best defense of all time” if there’s never been a unanimous Heisman winner, Bryce deserves to be the first