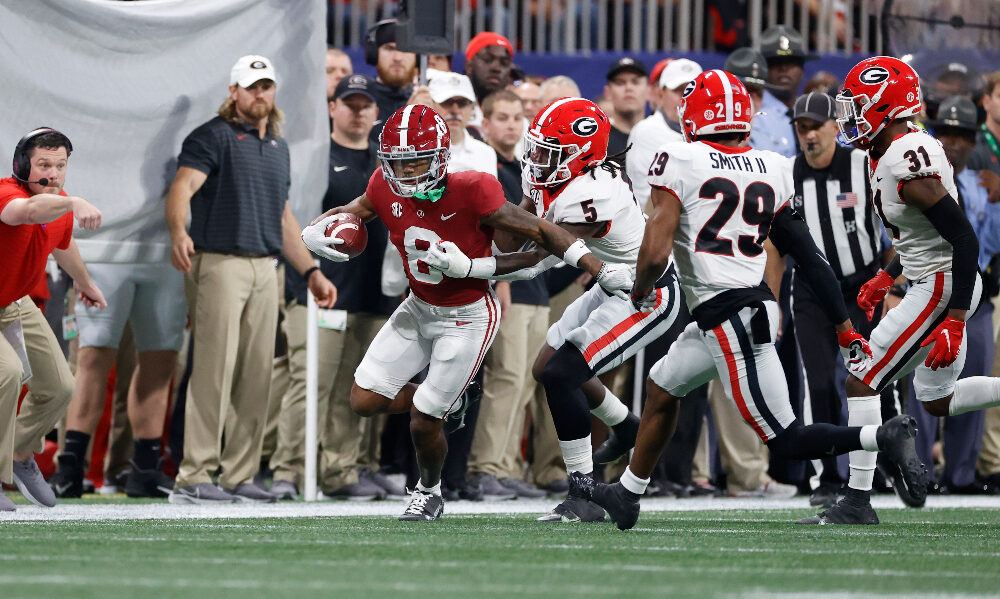 Alabama wide receiver is likely to miss the College Football Playoff as it was reported by ESPN’s Mark Schlabach that he is believed to have suffered a torn ACL in team’s 41-24 win over Georgia in the SEC Championship.

Metchie left late in the second quarter of the game after planting his leg on a route where he immediately went to the ground. He would later walk off the field under his own power with 56 seconds to go until the half, as he went straight to the locker room.

“John Metchie is probably going to be out now, and we have a couple other guys that may be injured,” head coach Nick Saban said following the game. “It creates a lot of opportunity for a lot of other players. Hopefully, we’ll be able to get them to step up.”

Before leaving the game Metchie had eight catches for 97 yards and one touchdown. He was the team leader in receptions on the season with 90 and was second in receiving yards with 1,045.