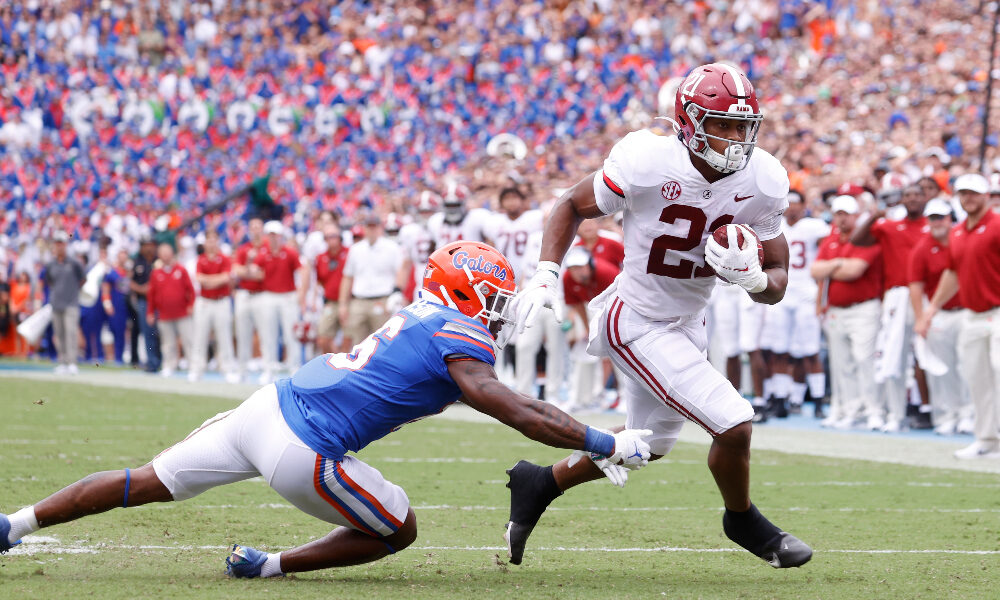 Alabama has missed Jase McClellan on offense since the Ole Miss game.

He suffered a knee injury against the Rebels and has been out. McClellan had 191 rushing yards, 97 receiving yards, and four touchdowns before the mishap. The sophomore from Texas has played in five games, but his rehab is progressing.

According to a video from Christopher Allen, McClellan showed off some sly moves while rehabbing his knee.

The Sophomore RB is rehabbing his knee preparing for a strong 2022 bounce-back season. pic.twitter.com/zX9wtfShQg

He is preparing to have a bounce-back season in 2022 for the Crimson Tide.